HP failed miserably with its TouchPad tablet making zero splash on the tablet market. The TouchPad quickly failed and the only thing that was good about the entire thing was that the fire sale that sold off the remaining TouchPad inventory saw people getting the tablets for under $100 – and those tablets are now being hacked to run Android. 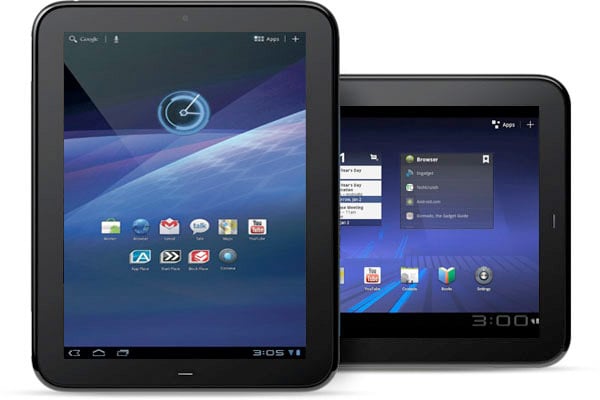 HP, a few TouchPad buyers, and some developers are now baffled by reports that a few of the TouchPads shipped out arrived to the buyers packing Android on board rather than WebOS. Some devs contacted HP and wanted to know what version of Android was on the devices and HP played the dumb card.

HP claims it never authorized the shipping of Android on the TouchPad, and went so far as to say there was no chance that those tablets shipped from HP with Android on them. HP is investigating how Android ended up on the tablets and for now, we don’t know anything. I bet this is a big hoax, but if it’s not let’s be honest, getting a TouchPad with Android already on it saves a bit of time with the hack.