What’s a Jedi or Sith to do the next time they get invited to a formal dinner party, like the one that Lando Calrissian threw on Bespin? Well if you want to look good for the Dark Lord, you’ll need to look stylish and make sure your tie stays put, right? 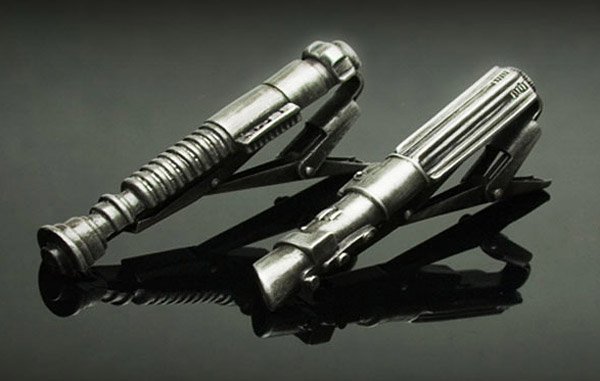 Thanks to the fine folks at Japan’s Kotobukiya, that’s now a possibility, as they’ve just released these awesome lightsaber tie tacks. They’re based on either Darth Vader or Luke Skywalker’s saber handles, and are nicely detailed and cast in plated brass. 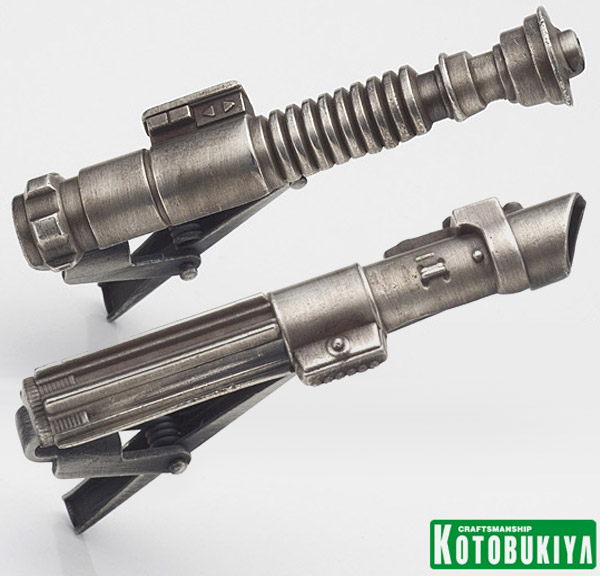 At this point, they’re only available in Japan, but I did find both the Vader and Skywalker variants over on Amazon Japan for ￥3,455 each (~$40 USD) if you want to give them a whirl – I’m just not sure if they ship worldwide. Oh, and if you need a tie to go with… 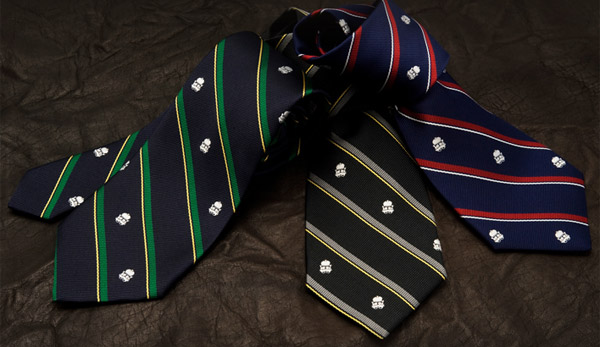