While this massive blimp looks pretty awesome, I’m just sad that it’s a spy drone and not a passenger airship, allowing people to take leisurely trips around the world (à la Fringe). The awkwardly-named Blue Devil Block 2 dwarfs a nearby 18-wheeler, allowing you to fathom its gigantic size. 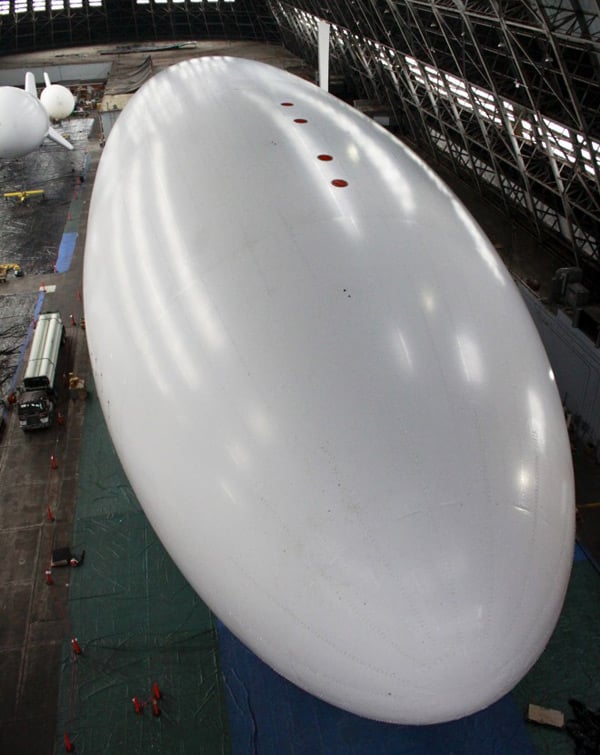 It’s 370 feet long and by next year, it will house a supercomputer and surveillance equipment to allow it to look over the Afghan battlefield, 36 square miles at time – from a height of 20,000 feet+. Since it moves slowly, and doesn’t just fly over quickly in a pass, it’s going to be quite useful. It will probably help the US military achieve something called air supremacy. 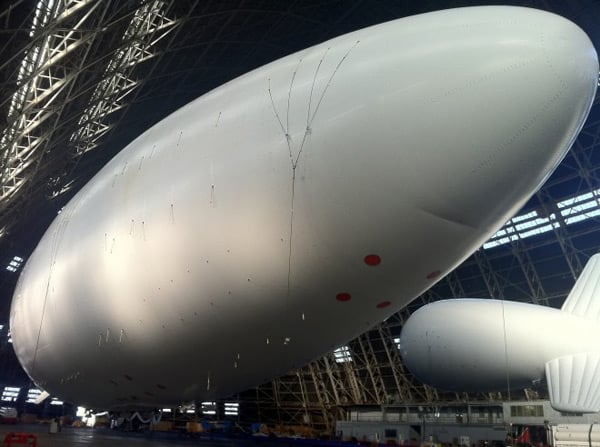 This is one of two mega-airships that the military is funding thanks to a $211 million dollar investment. How long before Big Brother decides to park a few of these over your city to act as the eye-in-the-sky?