Summer is officially over, so the opportunity to hit the swimming pool is nearing an end any day now. But since we’re having an unusually warm spell here in Chicago this week, I figured that a swimming pool related post still might be relevant in some parts of the world where icicles don’t dangle from your nostrils for 5 months of the year. 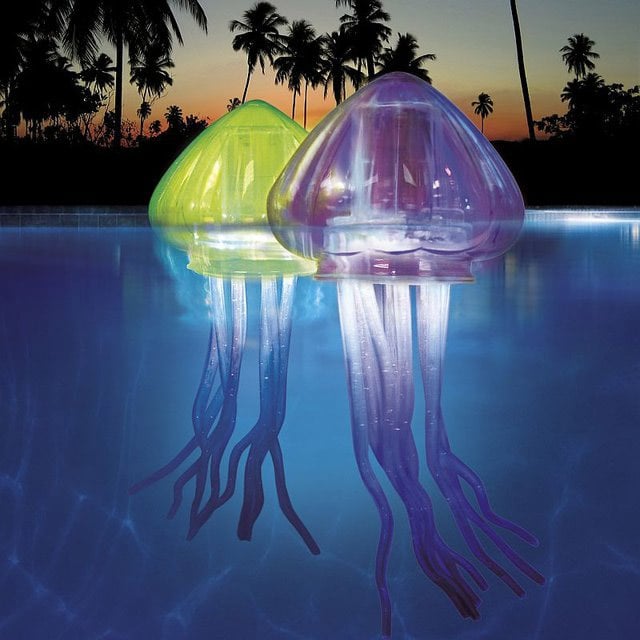 These light-up jellyfish from Swim Ways have LEDs inside and glow as they float across the surface of your swimming pool with their legs dangling beneath the water. I suppose you could also put them in your bathtub or whirlpool if you so desire. Keep in mind that they’re not going to throw off a huge amount of light, but they still look cool. They sell for about $43 (USD) each over at Amazon.

While distance swimmer Diana Nyad probably wouldn’t want these light-up jellyfish in her lap pool, I rather like the way they look. And it’s certainly way better than having actual jellies in your pool, right?