CLASH Cloth-Climbing Robot Cockroach: Headed to a Couch Near You

UC Berkeley has a history of creating insect-inspired robots for future humans to swat and kill and run from in horror. The latest is CLASH, a robot designed to speedily climb up vertical or near-vertical cloth surfaces. The key to it’s creepy climbing are it’s tiny little spiny toes, which grip the fabric. 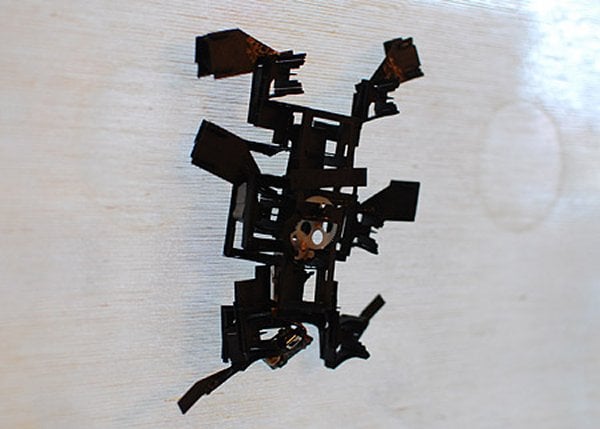 In the video below, you’ll see how just how quickly the cockroach-like CLASH scurries up surfaces, making it hard to swat once it scares the bejeesus out of you while you are watching TV. It can move upwards of 24 centimeters per second.

The bot is 10 centimeters long and weighs just 15 grams, so the design definitely helps it to be speedy. The back two legs are passive and the legs are driven by a single motor that delivers a gait frequency of 34 strides per second. It’s a very impressive little ‘bot. Let’s hope it doesn’t escape the lab and reproduce.