The guys over at Dutch tech site Hardware.Info recently held a contest for people to come up with the coolest design ideas possible for using the blank canvas that is Corsair’s 600T tower PC case, and the winning design is pretty epic. 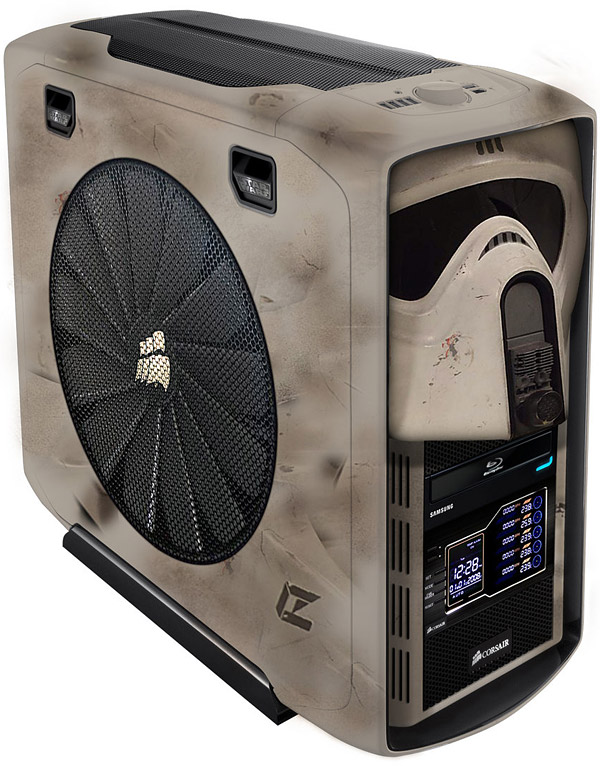 Nada’s Star Wars-inspired design incorporates a Stormtrooper helmet into the face of the case. It looks like Nada had to tweak the design of the helmet to fit it into the space, but that’s okay by me. It’s still awesome. For the time being, this is just a render of a potential mod, and hasn’t been built yet. But at least Nada won the contest and the case, so hopefully he will actually build it now.

Better yet, I think Corsair needs to call up Nada and Lucasfilm and work out a deal to produce these. Given the massive buzz that the Star Wars Xbox 360 case has gotten, I’m sure they’d sell more than a few.