Remember Patrick Boivin’s stop-motion video about owning a pet AT-AT? Katie Scott Mello (probably) doesn’t want to trade her pet dog Bones for a robot, so she did the next best thing: make an AT-AT costume for her greyhound in preparation for Halloween. The result speaks for itself: 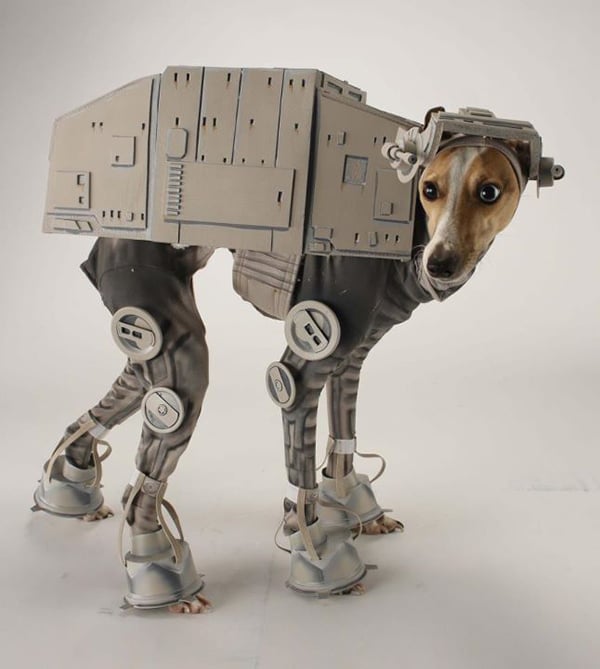 He seems kinda spooked. Maybe he’s still trying to cope with his enhanced strength and cuteness. Or maybe he spotted a cat dressed as a Snow Speeder. 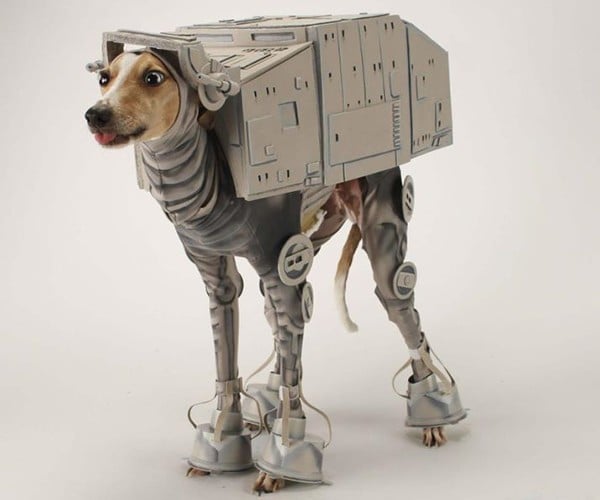 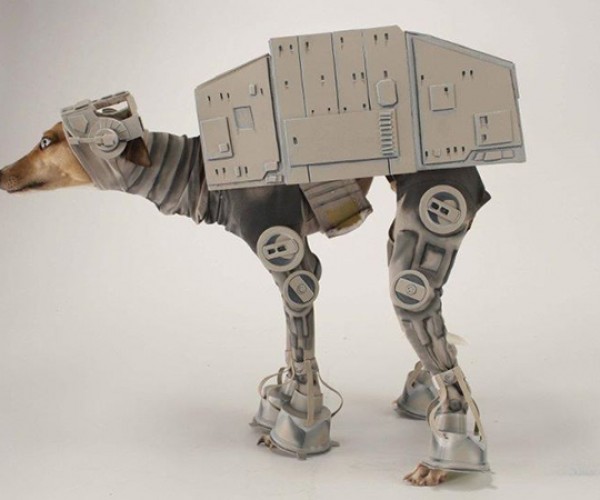 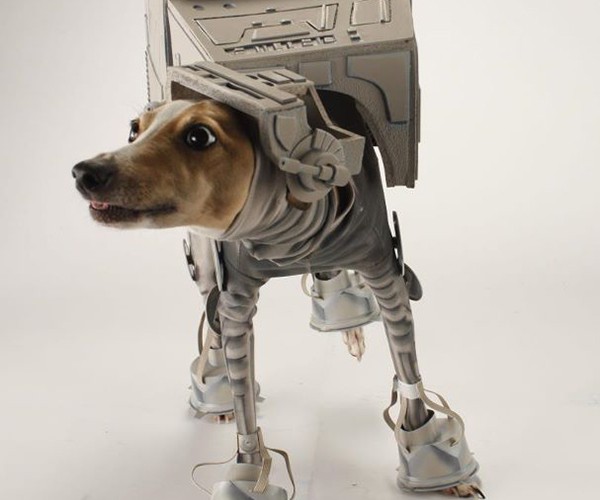 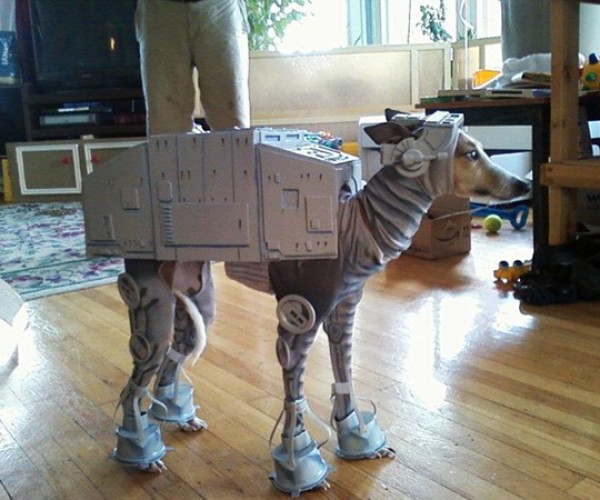 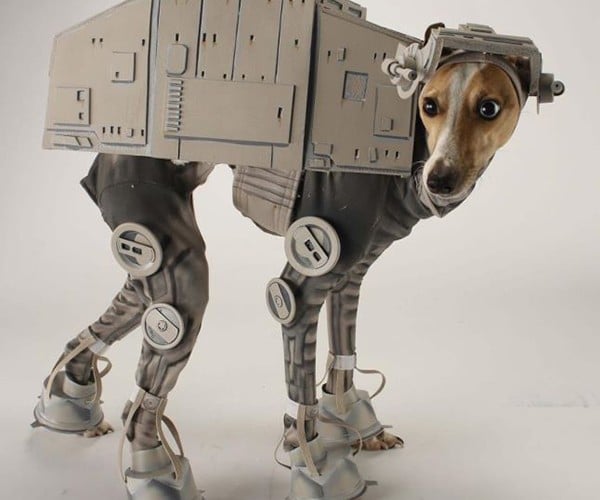 Head to Facebook so you can like and friend Bones, see more of him – both in AT-AT and normal dog mode – and some work in progress pics of the costume.