Most people sit back on their couches to relax and unwind. Some plop onto their couches and watch television or play video games for hours on end, while others enjoy curling up with a good book or magazine to read for the night. And some others build engines into their couches to try breaking the record for the World’s Fastest Couch. 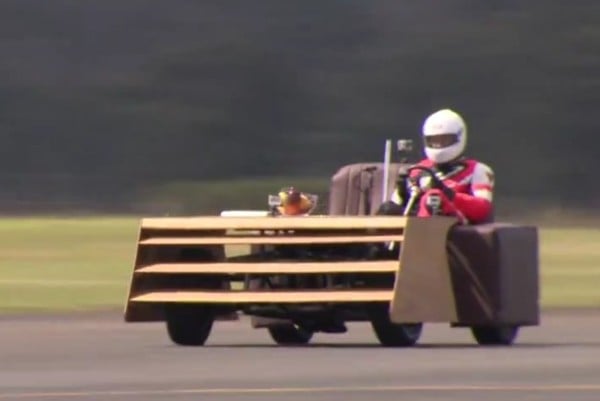 The couch you see pictured above has been fitted with an internal combustion engine to propel the normally stationary piece of furniture to speeds of 101 miles/hour. I think that’s even faster than the speed most people drive their cars at (specifically, me.)

The front of the couch has been fitted with a sawed down coffee table of some sort, for aerodynamics, I suppose. Check out the video below to see just how fast a couch can be made to go:

And just in case you’re wondering–yes, the couch you see above broke the previous record and now holds the title as the World’s Fastest Couch. Way to go!