Angry Birds 7 Inch Tablet is Sure to Make Rovio Angry

Oh those silly knock-off kings, otherwise known as Shanzai. They have a long and proud history of ticking copyright-holders off and flipping them the bird. In this case, they are flipping Rovio the bird, with this Angry Birds tablet.

The Wopad V7+ Angry Birds tablet has a 1GHz Vicom VC882 processor, 512MB of RAM, 4GB of internal storage, a VGA front camera, and 802.11 a/b/g/n Wi-Fi. Some other features include two mini-USB ports, a full-size HDMI port, and a microSD expansion slot. 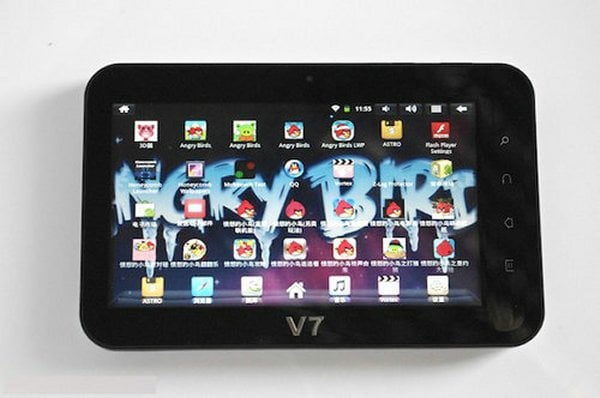 There’s also a 800×480 capacitive touchscreen display, and of course the whole Angry Birds motif. And I’m sure I don’t need to tell you that this is probably without Rovio’s blessing.

The tablet has tons of apps pre-installed, some are the real deal from Rovio, along with others that are not so genuine and Birds-themed wallpapers. But forget about the fact that this device is probably not sanctioned by Rovio. I’m curious to know if you would buy this or similarly themed tablets. Let me know in the comments.

[McBub via TechCrunch via Geek]