The tried-and-tested formula to turn any ordinary and reasonably-priced item into something that’s fit for the filthy rich is as follows: encrust it with several millions worth of diamonds and precious stones, dip it in some good old 24K gold, and you’re all set.

Just some of the items that followed this formula to a T are as follows: the Oscheriyori lunch box, the Endless Happiness pen, this Model Lamborghini, and the bejeweled version of the Tata Nano. 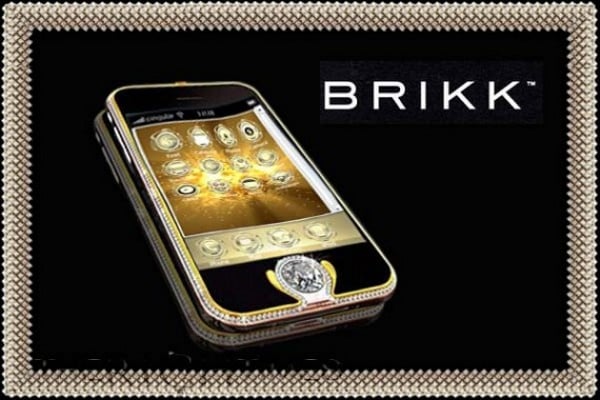 The newest ridiculously expensive item to be added to the above list is Brikk’s line of cases for the iPhone 4. The company had earlier announced that that they were releasing cases that were made from pure titanium called “Trim” that will be priced from $2,500 to $4,500. That’s already expensive as things stand, as the iPhone itself retails for a whole lot less than a thousand bucks.

Now Brikk’s CEO Cyrus Blacksmith has revealed that they’re also set on releasing another case for the iPhone come 2012, and this time, they aren’t holding anything back. The planned case for next year will be covered in over 600 diamonds, totaling a weight of 6 carats, and is said to retail at around $100,000 and up. Talk about expensive. As some sort of exchange for producing and selling luxury items that most people will never be able to afford, Brikk will be donating 25 metric tons of rice (yes, rice) for every sale of the Brikk Trim Couture case to a charitable NGO of their choice, so at least that’s something.

[via The Rich Times via Oh Gizmo!]