Check out this amazing AT-ST Walker costume. It was created by Tom Judge, who made it for a Star Wars-themed dinner party that he was invited to. Or so he thought. Once he got there, a bunch of Ewoks jumped him and he ended up getting pounded between two large tree trunks. Ewoks are clever like that. 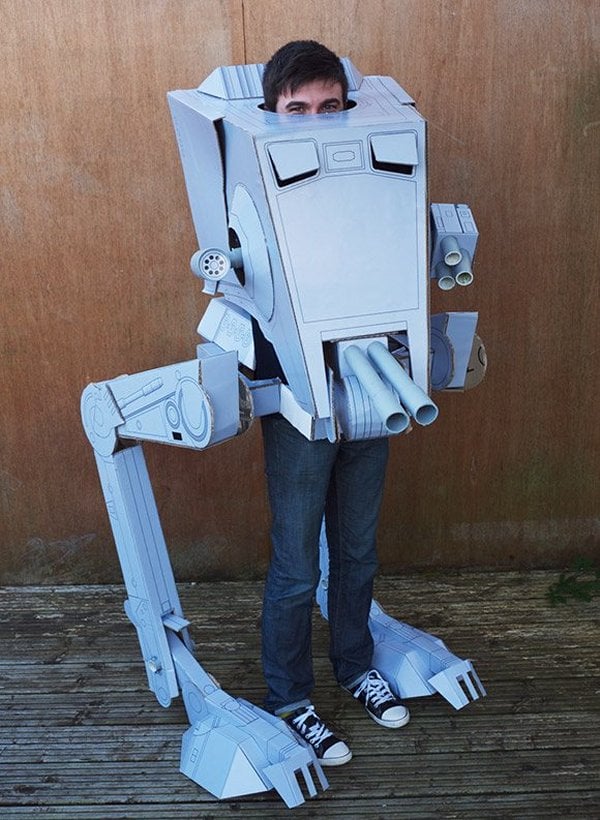 Okay, I don’t know for sure that that happened, but I would put good money on it. This thing is made entirely out of cardboard, but looks just amazing. Tom also manages to make it move in an authentic way in the video. Those guns on the sides and in the middle all swivel and move too.

Who knows what Tom will do next. Maybe he’ll dress up as another vehicle. I would suggest a Snow Speeder since it will be getting cold soon.

[Fricking Sweet via TechEBlog via Geeks Are Sexy]