You probably already know Calibur11 for their elaborate and over-the-top gaming console cases. Now they are unleashing a brand new design for the highly anticipated Battlefield 3 game. The BF3 Vault looks rugged, bad-ass and ready to go to war. I wouldn’t be surprised if this thing threw a grenade at you. 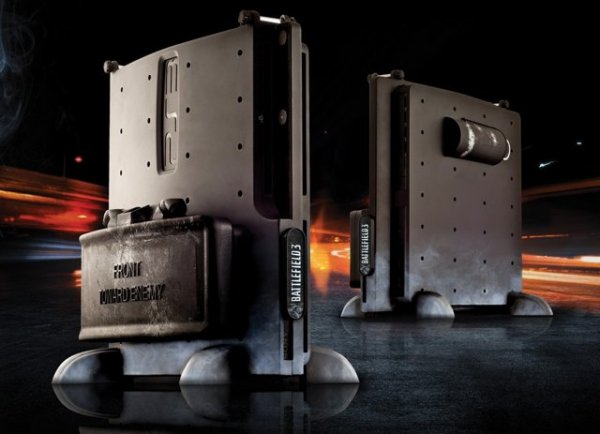 It will outfit your Xbox 360/PlayStation 3 with a case that features a nice smoke body, an LED light-up claymore on the side, a DICE logo smoke grenade, and a headset/controller cradle. Basically, your console will kick every other console’s ass, then brag about it. 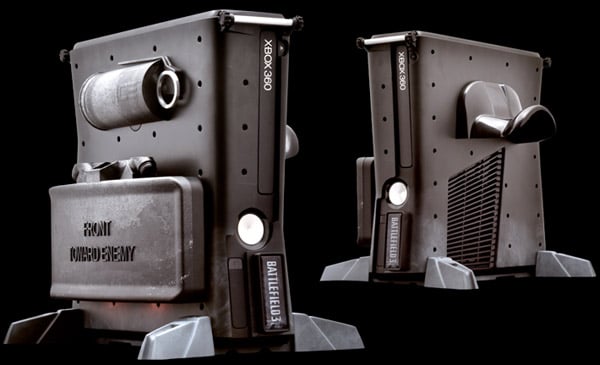 The Calibur Battlefield 3 Vaults will be available for PS3 and Xbox 360 on October 25, the same day that the game comes out. You can pre-order the PlayStation 3 Vault along with the game and the Back to Karkland and Physical Warfare Packs, for $99(USD) from GameStop. Sweet! The Xbox 360 version is going for $89.99, but doesn’t come with the bonuses.