The field of robotics has come a long way from the early days. We have built robots that can do any number of things, but what we are still lacking are robots that can truly interact and work alongside humans on a more physical level. However, we are getting there as Meka’s odd robot girl demonstrates. 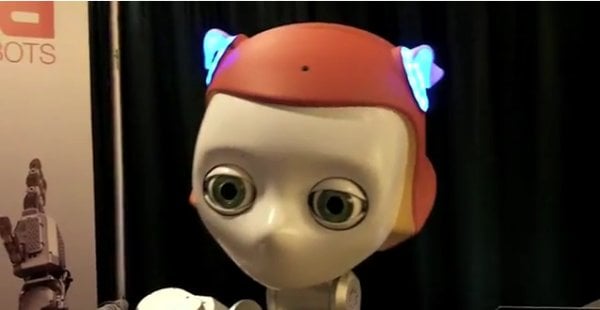 If you bump into this one, she gives a little. If you tug on her arm, it will give a bit, then pull back, but not in a dangerous way. Push her arm down to get it out of your way and she cooperates instead of resists. This is a ‘bot that might actually be able to do some work or help us work, while humans are in the way around her.

The robot has seven degrees-of-freedom, is armed with high-resolution FireWire cameras in each eye, there’s a zero-backlash harmonic drive gear in the neck, and of course the creepy humanoid movements are all here. The light-up ears are just for emoting. Want One? If you have around $300,000(USD) lying around, she can be all yours.