Nao, that lovable robot that has entertained us by dancing and doing all kinds of other awesome tricks, now has another capability. Aldebaran Robotics has created, the makers of Nao, have created a sort of home base for the robot, where it can chill, charge up or just relax after a long day of entertaining humans. 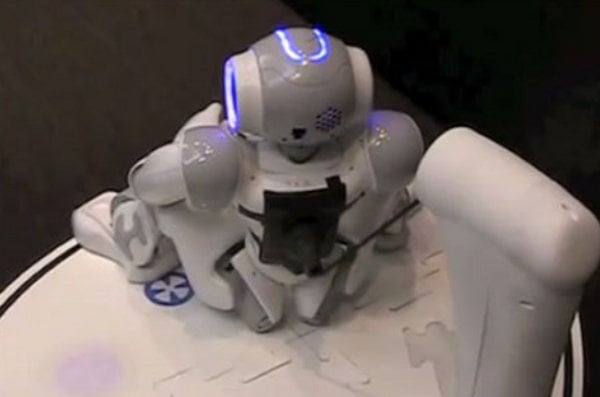 It’s called NEST, short for Nao Energy STation. When his battery runs low, Nao just walks over to the charging station, backs up to a post and plugs in, taking a seat or squatting. Unfortunately, this just makes it look as if Nao is taking a dump, but what can you do? Here, see what I mean:

Nao’s image tracking technology is used to orient the robot to markings on a mat attached to the post. Even if the position of the markings gets shifted somehow, Nao will adjust and remember for the next time it needs to drop an imaginary deuce. When it’s finished charging, the robot stands up and knocks the plug from its back. Pretty cool.