Bang! Gun Lamp Gets Real and I Want One for Christmas (You’ll Shoot Your Light out, Kid.)

A while back over, we told you about a cool lamp concept called “BANG!” which was supposed to let you”shoot out” the light with a gun. I was pretty sure the thing was just a concept, but it turns out you can now buy the thing. 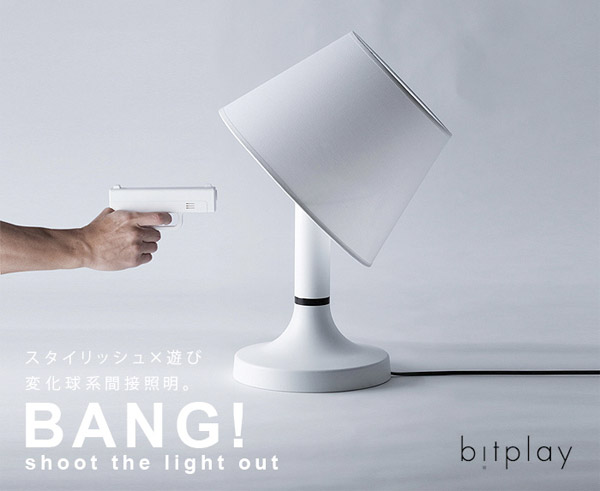 I happened to stumble onto a product page for bitplay’s now-in-production BANG! Lamp over at Japanese mega-retailer Rakuten’s website today. It looks like the lamp remains largely unchanged from the concept, letting you take aim with the included handgun to turn the lamp on and off. Just shoot at the lamp, and not only does the lamp turn off, the shade actually tips over too.

Here’s a silly video clip showing how BANG! works, just in case the IKEA-like illustration above wasn’t clear enough for you:

The gun is basically just an infrared remote control, and that black band around the base is the IR receiver – but that doesn’t make it any less cool. As a matter of fact, I’d like a universal remote that looks like this so I can shoot my TV any time Real Housewives of… Anything comes on the screen. 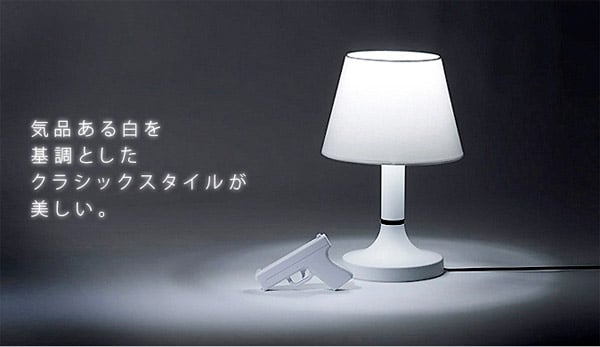