A lot of people were disappointed when October 4 came and went without the announcement of the iPhone 5. What was unveiled instead was the iPhone 4S, that’s going to be shipping out starting today. While the device might look a lot like the iPhone 4, most similarities end there. That’s because the 4S is equipped with a lot of upgraded hardware and software which lets it run a whole lot faster than its predecessor. That, and it’s also going to be Apple’s first smartphone to be incorporated with Siri.

Siri is Apple’s “intelligent assistant” which is just all sorts of cool. The app allows you to perform specific tasks or queries by voicing out your question verbally. Some iPhone 4S reviewers who were able to get their hands on the device early tinkered around with Siri and asked the app some questions that you might have wanted to ask Siri yourself.

Stuff like.. “Who’s your daddy?” To which Siri replies.. well, you can read it yourself below. 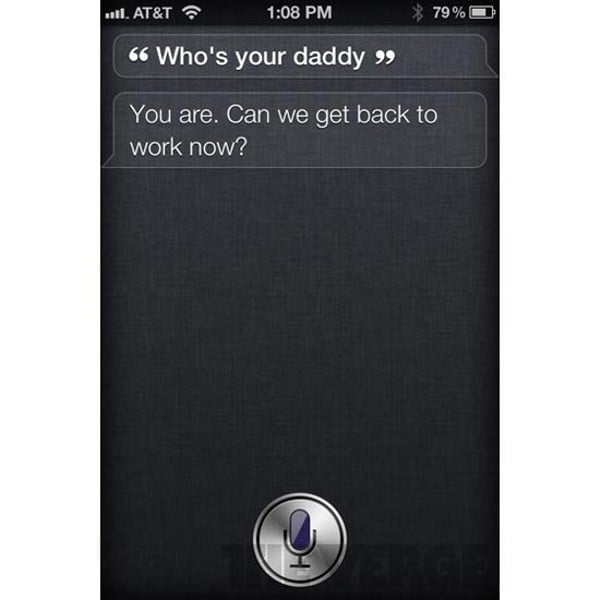 Others asked more philosophical questions and fired off some deep queries, like “What is love?” Siri, however, takes an objective approach: 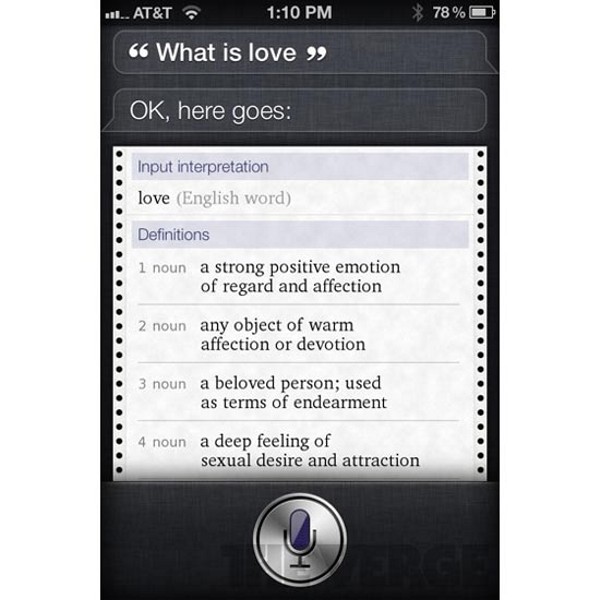 I’m going to echo a comment left by a user named KZed on Dvice about Siri’s response to this question, which literally made me laugh out loud when I read it: I’m kinda sad that it doesn’t respond to “What is Love” with “Baby don’t hurt me, don’t hurt me, no more.”

It would’ve been so cool if Siri had replied with that. Lots more Siri goodies over on This is my next.