Blaster Transformer Speaker Booms His Way into Our Hearts

If you’re a fan of Transformers, you probably already known that Blaster is an Autobot who spends his days disguised as a boom box. This handmade version of the Audiobot Autobot looks like he’d fit in quite nicely on my desktop. 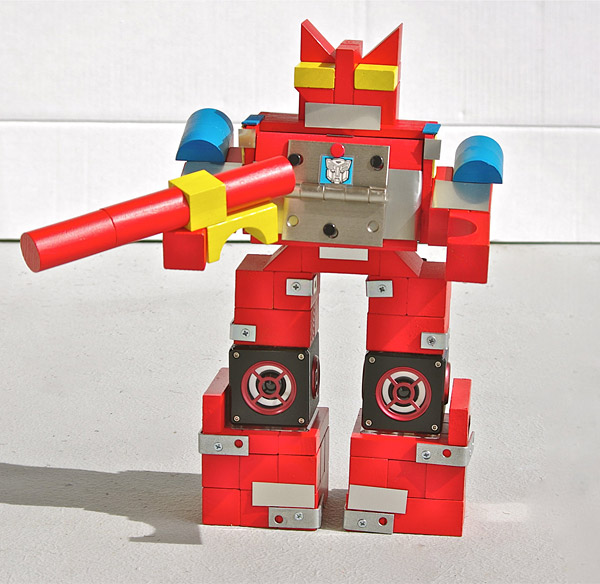 This Blaster Autobot actually has tiny speakers in place of knees, and can be plugged into the 3.5mm audio jack on any computer or media player. Blaster was crafted by Etsy artist SUPER SOCK (aka Polyester10), and was lovingly assembled from children’s building blocks, angle irons, epoxy, paint, and various other bits and bobs. 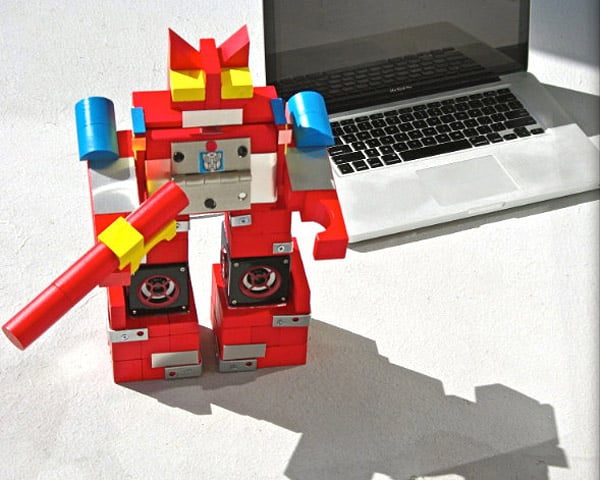 His creator says that you can rotate Blasters arms slightly, but that he is sort of delicate, so you don’t want to really do much more than admire him sitting on your desktop, and listen to some tunes blasting out of his kneecaps. You can’t really see it here, but there are also tiny little LEDs under the speakers which light up when powered on. 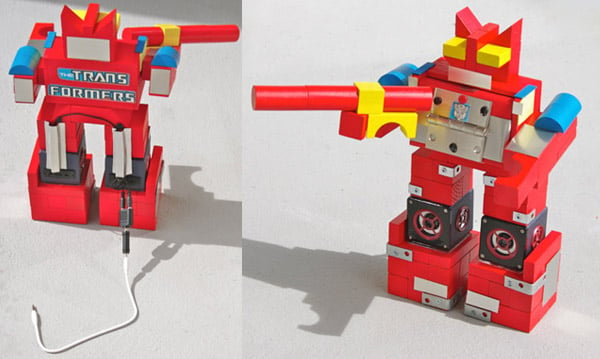 All told, Blaster measures in at a substantial 15.5″ tall, or as SUPER SOCK describes him – “as tall as a pet cat.” For some reason, I think my cat would run and hide from this thing. If you’re ready to intimidate your own cat with a wooden Transformer, head on over to Etsy now, and be prepared to pony up $275 (USD) of your cash.