Raytheon Heavy Lifter Prototype: Is Anyone Else Thinking of Aliens?

This Raytheon-Sarcos modified DitchWitch is basically lifter with large robotic arms, allowing the operator to lift and manipulate large loads. It reminds me a lot of those robots in the movie Aliens. This robot could someday replace forklifts and other types of machines. 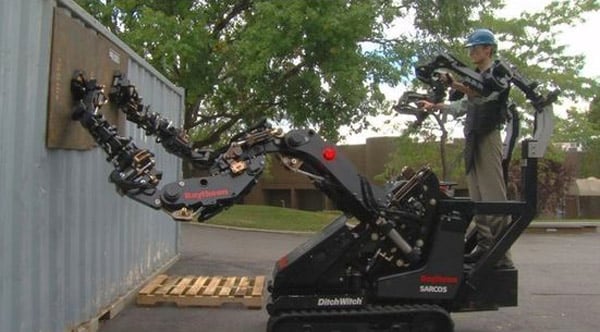 The rig allows users to manipulate objects with a lot more dexterity, and it’s pretty easy to operate. The rig mimics your arms’ movements, so it’s quite intuitive. It could help during rescue operations, and it can also be controlled remotely so that it can operate in hazardous conditions.

I wonder when these prototypes will see the light of day in production. Hopefully pretty soon, because I kind of like the idea of robots with giant arms roaming the streets someday.

[KSL Utah via Geekologie and DVice]