Star Wars Sound System with Death Star Subwoofer: The Bass is Strong with This One

Luke, these are your speakers. Major League Mods – who made the projector equipped R2-D2 Xbox 360 casemod – showed off this Star Wars themed sound system at the recently concluded New York Comic-Con. It has two TIE fighter speakers and a Darth Vader bust converted into an iPhone dock. But the pièce de résistance is the Death Star subwoofer. Rumor has it that it has a knob to control its superlaser. 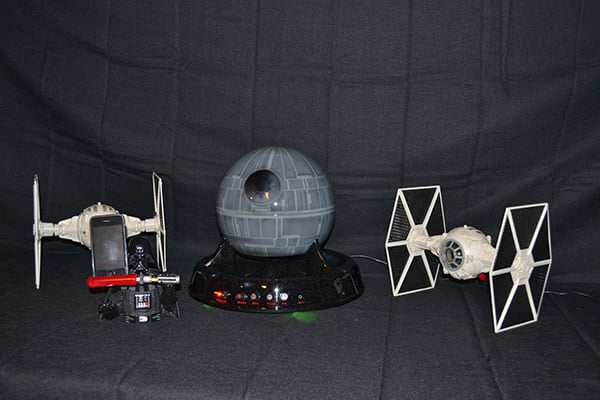 Unfortunately I don’t have a lot of info about how the models were converted into speakers. I do know that the sound system has a total power output of 200W, and that the TIE fighters each have a Yamaha 2¾-inch mid-range and 1 inch dome tweeter with built-in crossovers, while the Death Star hides a 6½-inch driver and was custom painted by NubGraffix. 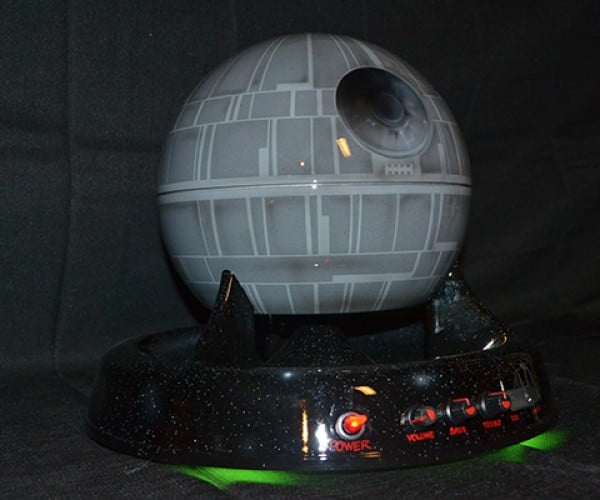 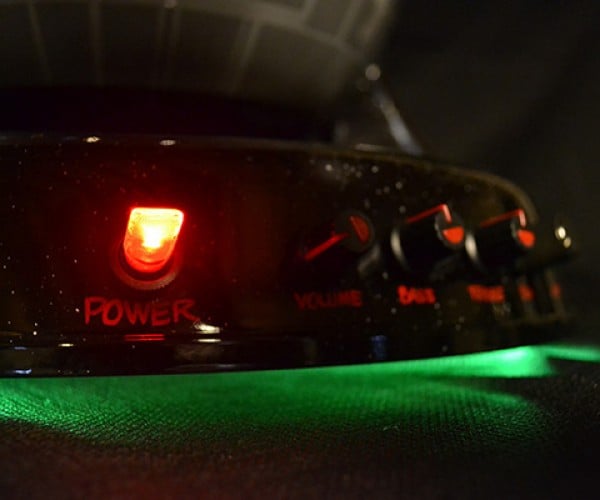 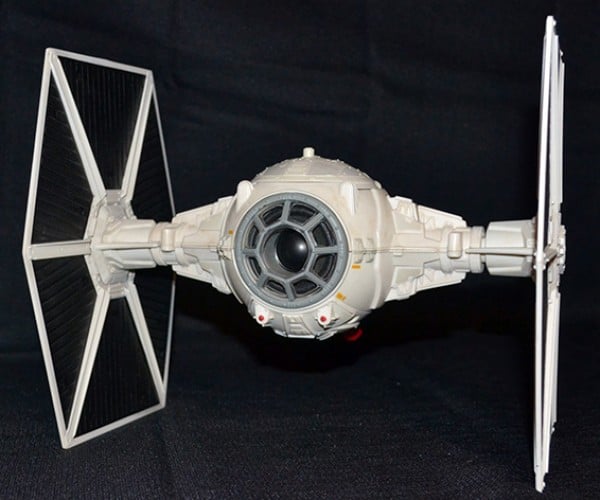 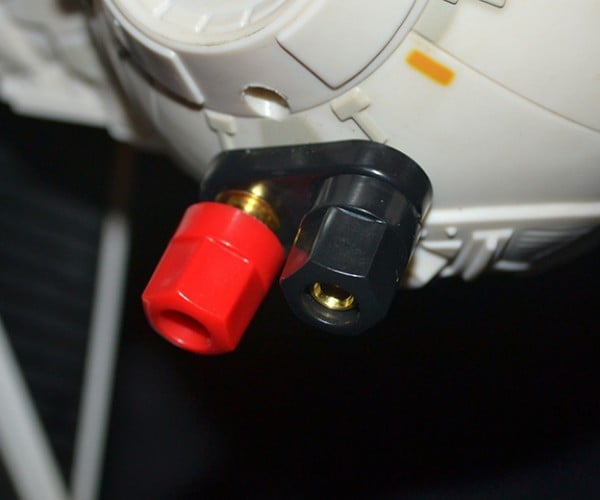 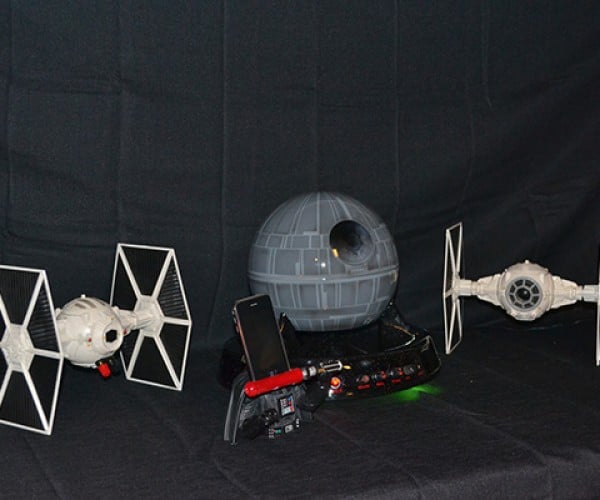 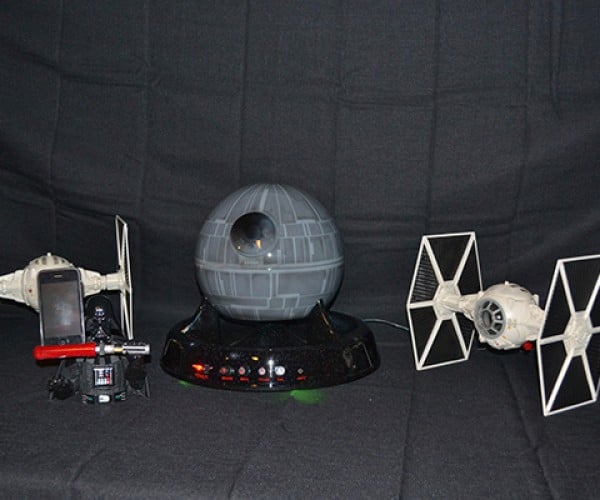 Audiophiles will be quick to point out that a 2.1 sound system won’t give you the best sound quality (especially for games or movies) and will barely be enough to distract Yoda from his meditation. Hardcore Star Wars fans could also chastise this mod because the TIE fighters are larger than the Death Star, which is supposed to house thousands of the star fighters in its belly. Both are legitimate complaints, but I’m still very impressed with this mod, especially with regards to the integration of the audio components. You’ll barely notice that they’re speakers unless you look closely. Check out Major League Mods’ Photobucket account for high-res pics.