The late, great Steve Jobs long maintained that a smaller screen iPad made no sense. That doesn’t mean that Apple wouldn’t whip out just such a device if it wanted to. Apple has a history of claiming things don’t make sense right up until the product launches. A new rumor is circulating that claims that a smaller iPad mini is in the works. 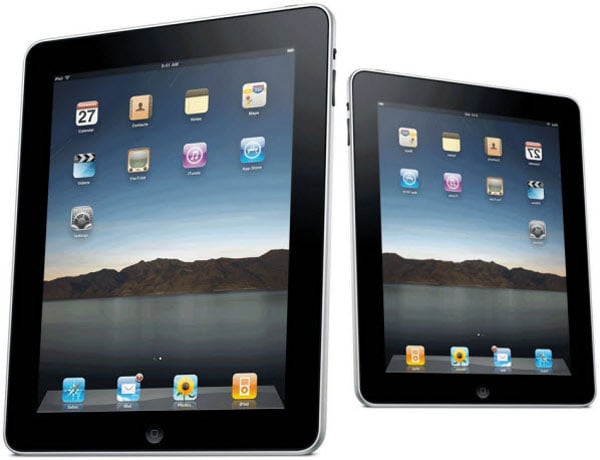 Interestingly we have heard rumors of an iPad mini with the “mini” part being the price, not the screen. A new rumor is making rounds today that claims Apple has received screen samples from LG display and AU Optronics that are smallish 7.85-inch units for the iPad mini – compared to the 9.7-inch displays in the original iPad and iPad 2.

The same sources claim that the new smaller iPad will ship early next year. I think a smaller and cheaper iPad would sell very well. I also think that Apple is selling enough iPad 2 tablets that it really doesn’t need to offer another tablet unless it has eyes on dominating the tablet world and crushing Samsung, HP, Dell, Motorola and RIM’s tablet dreams more than it already has.