I can remember when I was very young standing at the window of the local GMC dealer looking at the DeLorean sitting on the showroom floor and thinking it must be the most awesome car in history. The gull wing doors and stainless bodywork did it for me. I really wanted one. I also remember the local guy that bought that car not being able to get into the car because the doors wouldn’t open if someone parked too close to you at the store.

DeLorean didn’t last long and the car went into history as a curiosity until it was revived in the Back to the Future franchise. The DeLorean still looks good today, and there is a company around that makes replacement parts for the car called the DeLorean motor company or DMC. At a show at DMC HQ this last weekend, the company unveiled a new version of the DeLorean with all the style, but more green inside. Jalopnik was there and shot some awesome shots of the electric DeLorean, known as the DMCEV. The new car is replacing the anemic V6 the cars normally use with an electric motor and batteries that give the equivalent of 260hp under foot. 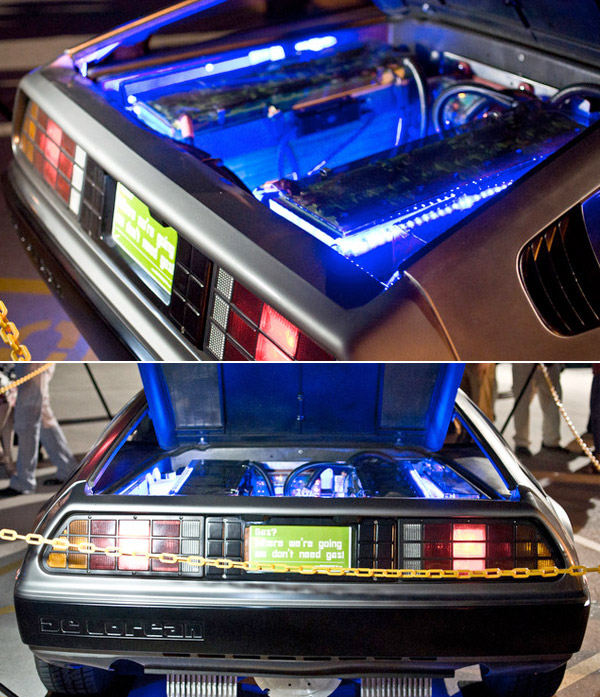 The inside of the car also gets updated with more modern switches. The electric DeLorean isn’t ready for prime time just yet; the car is still a prototype. The car has a driving range of 70 miles and the company says closer to 100 miles is possible if you drive with extra efficiency. I guess that means limiting your 88mph runs.

The company claims the DMCEV electric DeLorean can also do 0-60 in 4.9 seconds, a feat that no other production DeLorean has achieved. Like Doc Brown says, if you are going to build an EV, why not do it with style?