Moon Shine Clock Goes Through its Many Phases

When I was much younger, I used to think that the sun was this huge gigantic lamp and the moon was a nightlight. I didn’t understand why the nightlight kept changing its shape and sometimes disappeared altogether during certain times in a month. Of course, I felt pretty foolish when I finally learned all that stuff about the sun and the moon and stars when I was in elementary school. 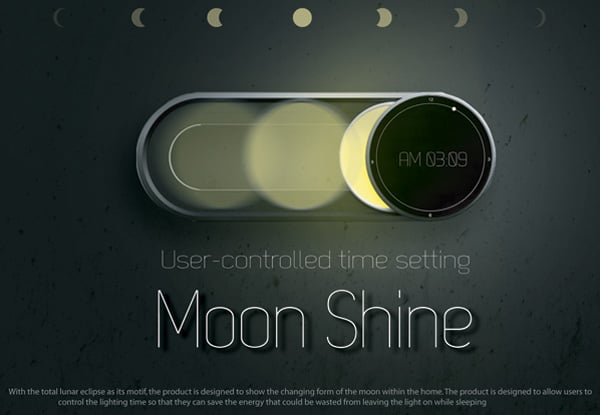 The Moon Shine is definitely an interesting concept for a wall clock that draws inspiration from the moon. Actually, it’s definitely more than just a clock. There’s also a light behind the clock that depicts the different phases of the moon as time passes throughout the night.

It was also designed to be quite the energy saver. The Moon Shine clock concept actually has a built-in timer (which you set yourself, of course) for when you want the light to be turned on. It will gradually change its “phase” before shutting off completely (turning into the new moon), depending on the duration that you’ve set earlier using the timer. 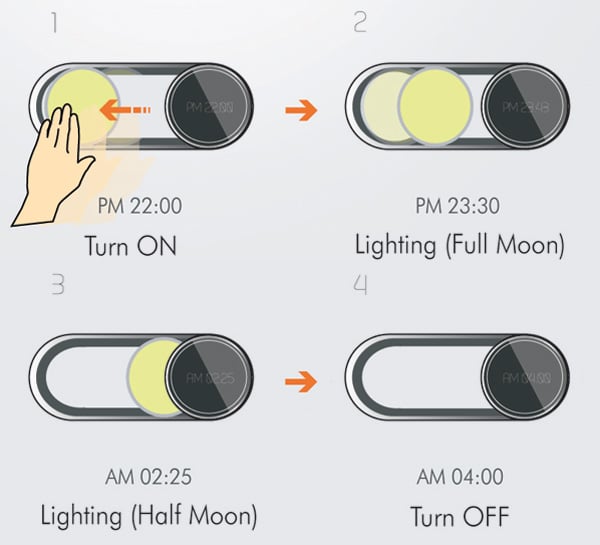 The Moon Shine was designed by Yong-min Lee who probably spent a lot of time staring up at the moon before going to the drawing board to work on this design.