I would have never thought about combining Hello Kitty with Ghostbusters, but apparently somebody has. This custom proton pack was recently seen at this year’s NYC Comic Con. A lot of time went into it to make it look this good. 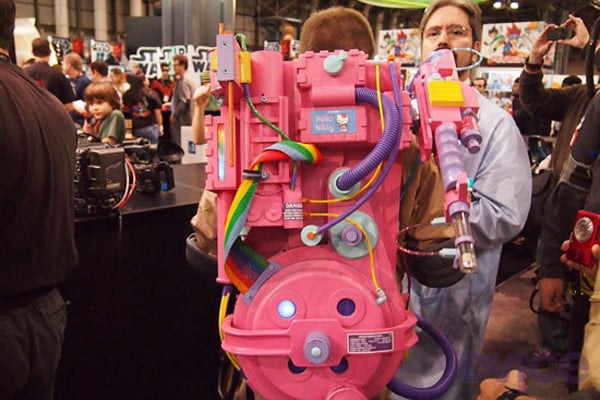 The cosplayer was part of a crew of Ghostbusters, but he stood out from the crowd of Venkman, Stantz and Spengler as much as Ernie Hudson did in the original movie. Apparently, the pack took about six months to make and weighs about 45 pounds. It lights up and even needs a bit of calibration between ghostbusting sessions. 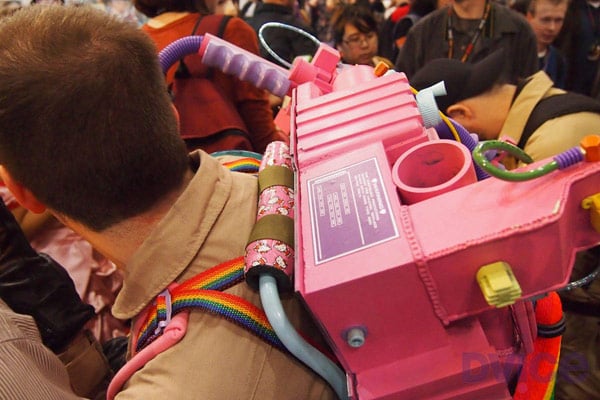 I don’t know if the the real Ghostbusters would be that impressed, but cosplayers everywhere are loving it. 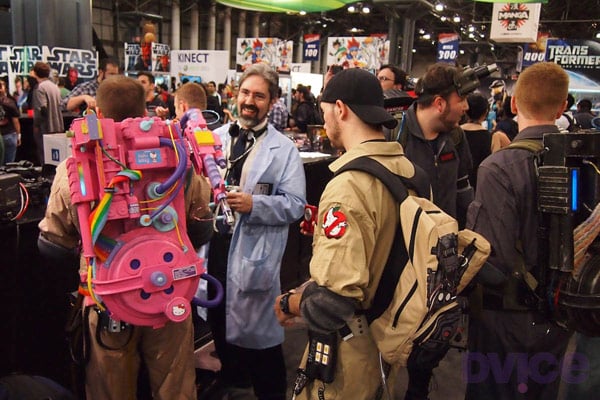