Your Batman: Arkham City Experience just got a lot neater. Power A has a new Batarang controller for you would-be caped crusaders who own either a Sony PS3 or an Xbox 360. They look pretty sweet and are perfect for your Bat-cave. 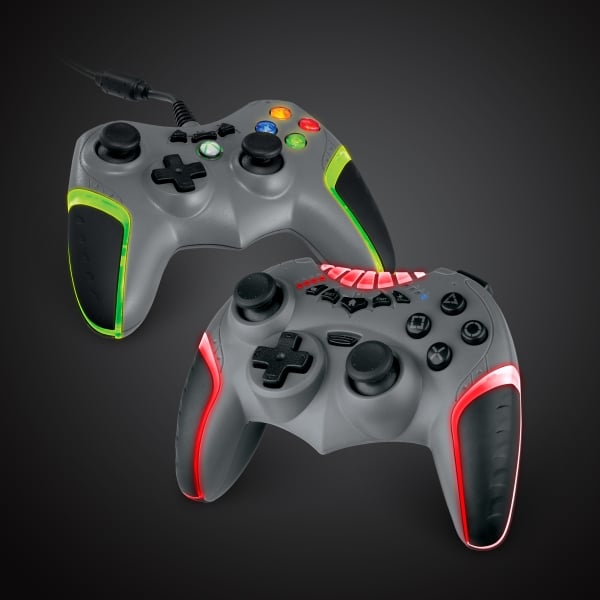 Of course, it’s all fun and games (and neat controllers) until your back gets broken by Bane. Oh well, it was fun while it lasted. These wireless controllers sport LED lights in seven interchangeable colors. Other than the soft hand-grips, you get the same functionality as the standard controllers, so nothing fancy as far as use. They just look really neat.

The Batman: Arkham City game was just released on Oct. 18th, so the time is right to pick up one of these babies and talk in Christian Bale’s gravelly voice while you play. What, I’m the only one planning on doing that?