Being British and all, tea has played a role in a variety of episodes of Doctor Who over the years. As a matter of fact, tea was even been consumed inside the TARDIS in the show’s very first season. So it’s only appropriate that there be a TARDIS-inspired teapot, right? 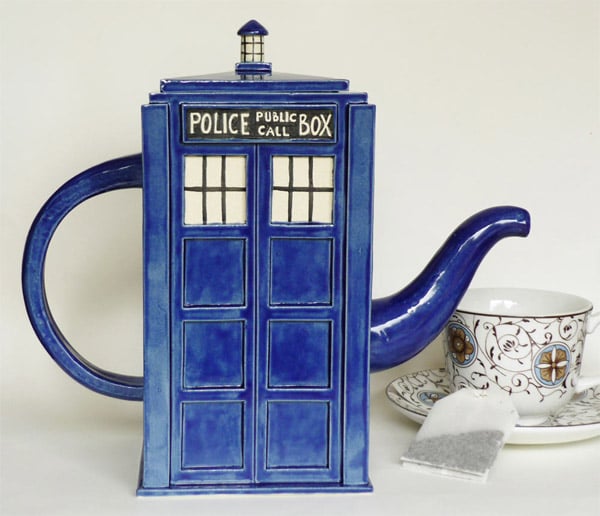 Sure, it’s 58 years later than when Barbara Wright first sipped her TARDIS tea in 1963, but this thing can travel through time, right, so maybe it just happened yesterday. 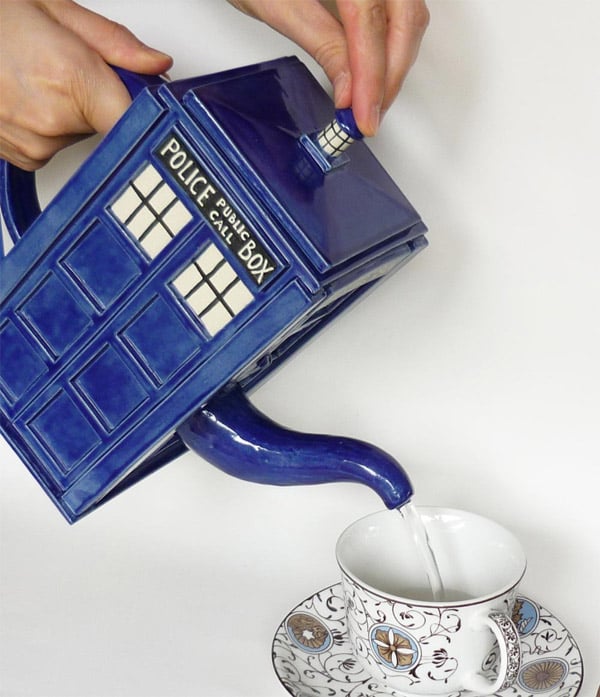 This awesome TARDIS teapot was handmade by artist Rebekka Ferbrache of Seattle’s jadeflower ceramics. It’s a great rendition of the iconic blue police box, although last I looked, the real TARDIS doesn’t have a spout on the side – or a handle for that matter. It doesn’t look any bigger on the inside, but maybe it holds 10 gallons of tea, and we just don’t know it. 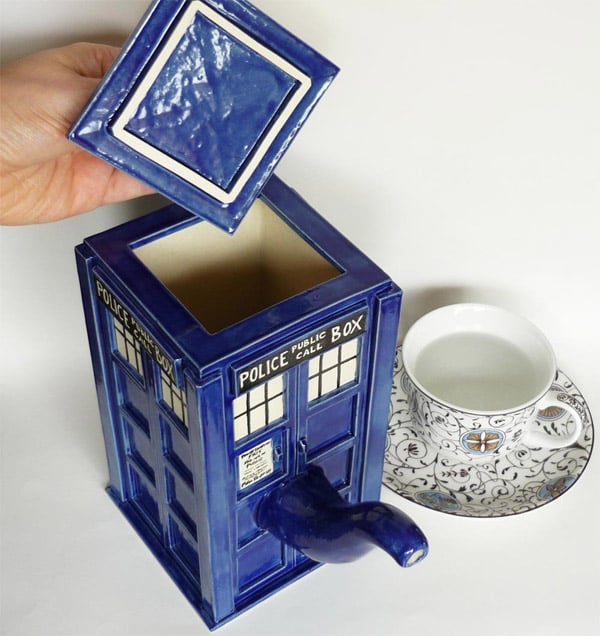 This particular TARDIS teapot is already spoken for, but maybe you can convince Rebekka to make another one for you. If not, she does have a fine-looking ceramic TARDIS coin bank to tide you over.