I don’t know why robotics experts haven’t thought of this before, but this tire-like surveillance robot is the way to go for mobile and autonomous operations. Even better since it looks like it’s right out of science fiction, from Terminator, The Prisoner or Fahrenheit 451. 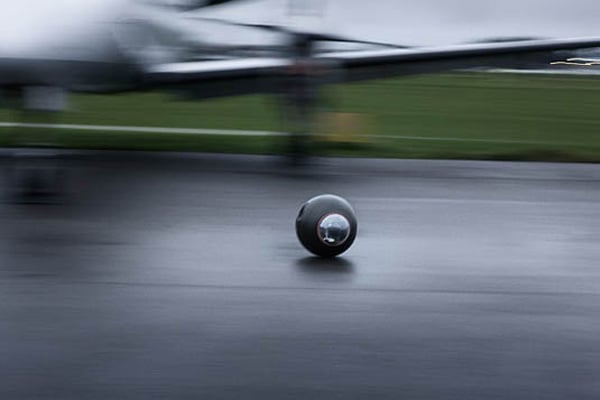 The robot is called the GroundBot and it’s made by the Swedish firm Rotundus. It’s a remote-controlled, all-weather 2-foot sphere that can go through snow, mud and sand, and even roll uphill. It supplies a live feed to its operator via a pair of cameras. The operator sees the images in 3D on a remote screen. It comes with knobby treads for all terrain action or without, which is perfect on a runway. 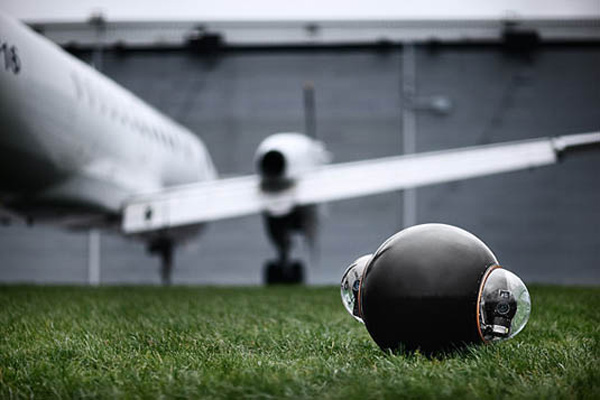 The surveillance sphere is currently undergoing trials with the Swedish Defense Force for use in airports and other areas, like ports, that need this kind of mobile surveillance. It could also be used in urban mapping, remote terrain exploration, and post-disaster search and rescue operations. 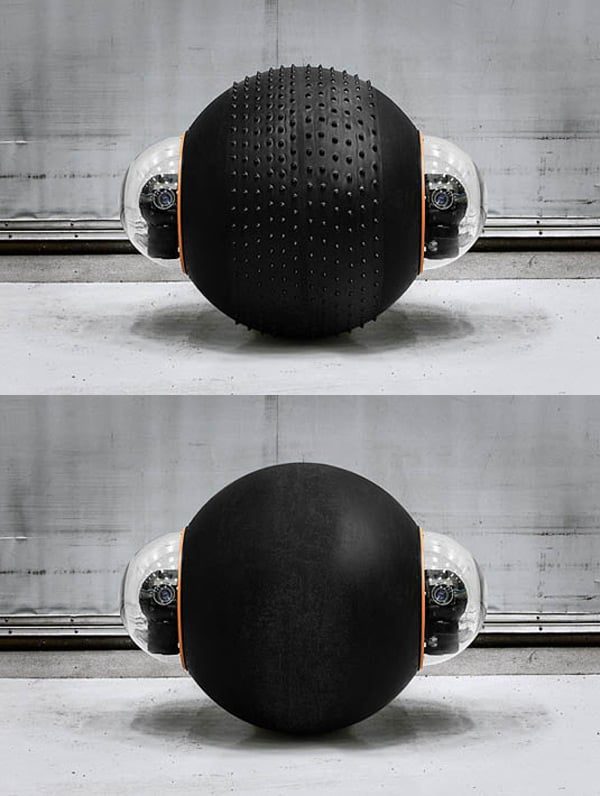 For now, the GroundBot can only reach speeds of 6mph, so it’s not hard to outrun. As the technology improves, it will most likely get faster. I can foresee swarms of these things roaming the streets.