Halloween is just days away, so the number of cool, geeky costumes hitting my screen is starting to increase each day we get closer. So far, the early winner for the 2011 Halloween season is this Nikon D3 DSLR costume, which is actually fully-functional. 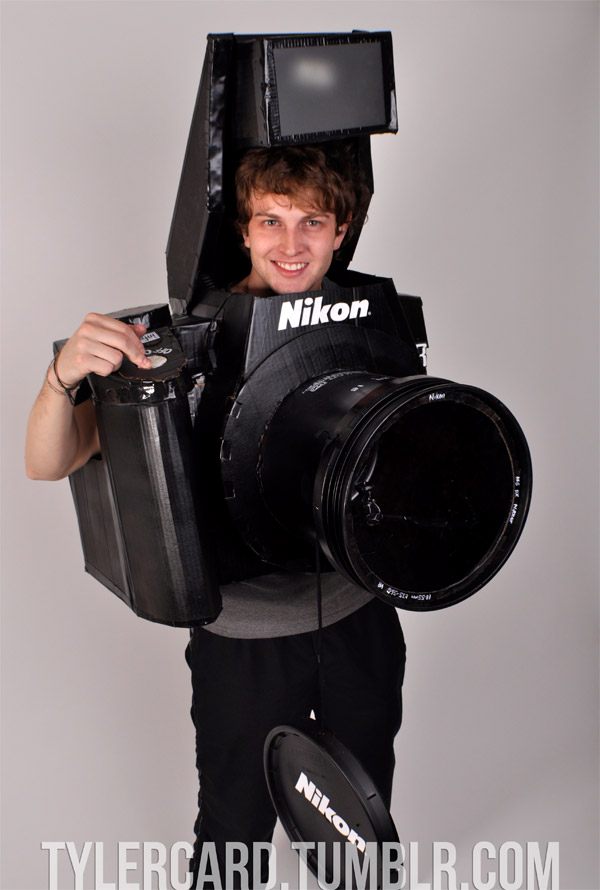 Ok, when I say it’s fully-functional, I don’t mean that it has interchangeable lenses, but it does snap high-quality digital pictures. It was built by Tyler Card, who happens to actually be a professional photographer – so that’s only fitting. 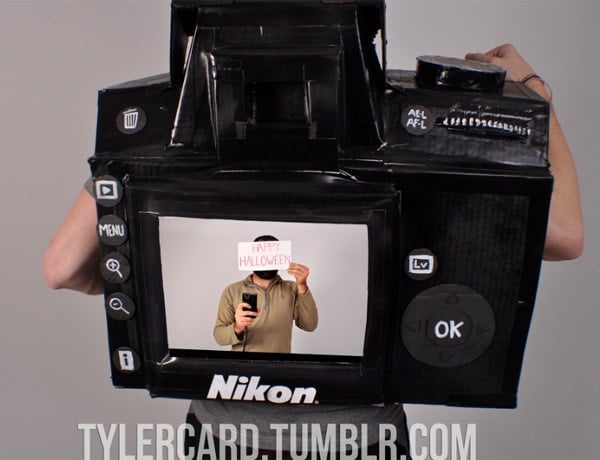 Tyler built it using a bunch of cardboard and a five-gallon paint bucket for the lens. Hidden inside  is an actual Nikon DSLR, and it displays photos on the Dell LCD laptop screen on the back. It’s even got a functional Alienbees flash, and working shutter button. 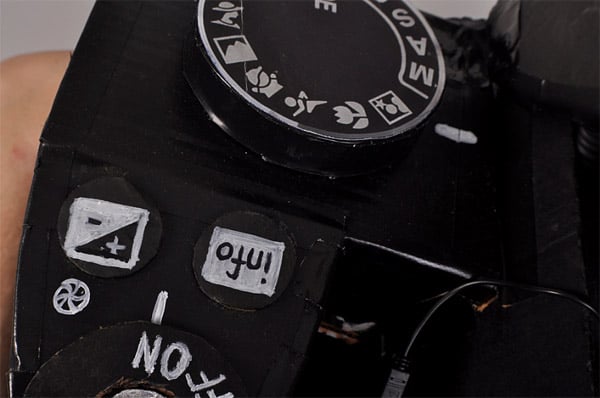 Watch it in action below:

More on the build can be seen in the video clip below, in case you’re still looking for ideas for your own costume and have the time and talent to spare to build something this complex…

[via PopPhoto via PetaPixel]