Super Mario Playing Cards are not from 19th Century Nintendo

Any gamer worth his salt knows that Nintendo wasn’t always a video game company. Founder Fusajiro Yamauchi started out in 1889 making and selling playing cards, particularly those used in a Japanese game called hanafuda. Fast forward to the 21st century and we have these Super Mario playing cards. 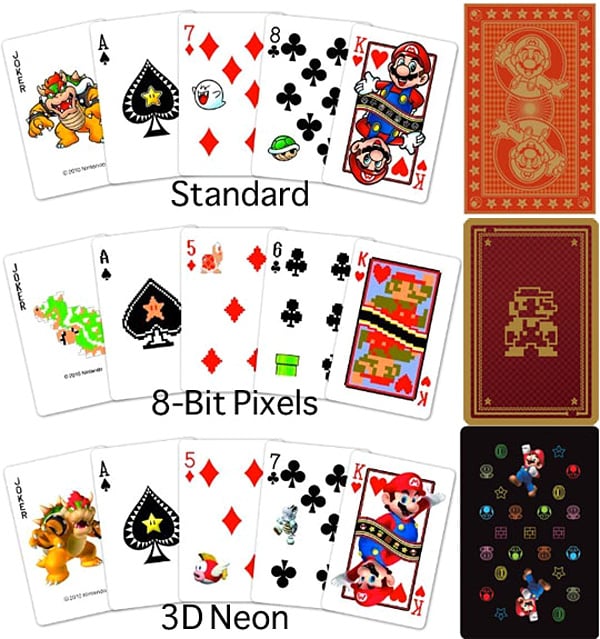 The princess doesn’t seem to be in any of these decks. We originally featured these cards about a year ago, but at the time you couldn’t buy them. Now you can order the cards from Japan Trend Shop for the ludicrous price of $40 (USD) each or $74 for a 3-pack that has a deck from each version. You can’t use them to play Hanafuda, but if you’re a Club Nintendo member you can easily remedy that.