Tony Hawk’s Freerunning Needs to be an Actual Game

It’s only Tuesday, but I’ve already seen my favorite video of this week. Probably for the month. If like me you grew up playing the Tony Hawk’s Pro Skater games you’ll love this freerunning clip made by Vince Auletta, John McConaghy and Michael Corley. Not only are the tricks themselves fun to watch, it’s presented as a THPS playthrough. Without skateboards of course. 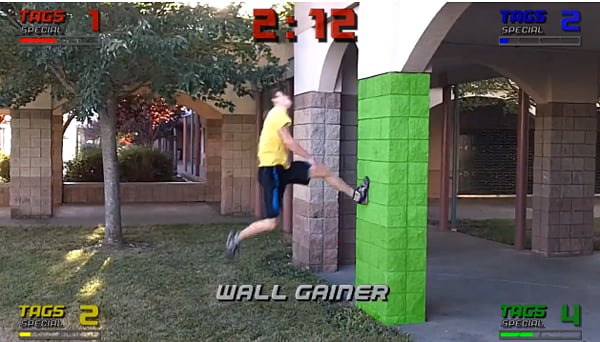 Michael Corley’s graphics are a big part of what makes this transcend from a freerunning video to a video game-inspired freerunning video. The character selection screen, the graffiti game mod, the trick combos, the special moves (with the sound effect!) and the location-specific moves are all straight off the early THPS games. And the music. Oh, the music: No Cigar by Millencolin was in the soundtrack of THPS 2. I actually had to look that last bit up, but as soon as I heard that song I was taken back to high school. I could almost hear the sound of the skateboard wheels rolling on concrete, lifting off the ground and landing back again with a thwack. But enough of me. Here’s the video:

Come on, Neversoft, make it happen. Although instead of using The Birdman to promote a freerunning game you might want to call it Sébastien Foucan’s Pro Freerunner instead.

[via Stuff I Stole From The Internet]