Passive Walking Robot Walks on Its Own

If you thought that you would be okay just running away from robots, think again. This one won’t get tired, won’t run out of power and won’t stop until it catches you. That’s because it’s walking is powered by it’s own weight. 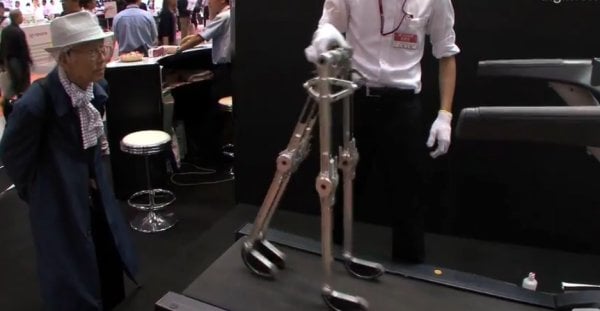 Researchers from the Sano Laboratory at the Nagoya Institute of Technology, Japan, have developed this passive walking robot that walks using only its own weight. There are no motors, sensors or electricity. To get it started it just requires a push.

Last year it got into the Guinness Book of Records for walking non-stop for 13 hours, which took about 100,000 steps to go 15km. This technology could have a lot of potential to aid those who can’t walk, but we are still years away from that happening. In the meantime, take some advice from Doctor Who and run!