Brains aren’t the only thing required to solve the Rubik’s Cube in record time. There’s also technique and, of course, practice. One of my friends used to teach me how to spot patterns on the faces of the Rubik’s Cube so I could solve it faster, but I never really did manage to master what he did.

One person who isn’t lacking in any of these is David Calvo. 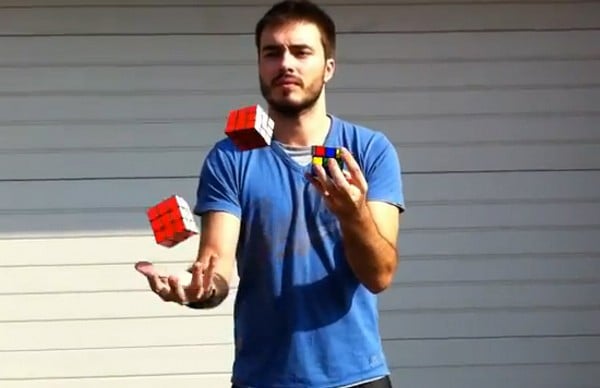 David is currently the Guinness World Record holder for solving the most Rubik’s Cubes in one hour (which was 185 cubes, in case you were wondering.) David’s latest feat still involves the Rubik’s Cubes, although it’s way more cooler than just sitting down and cracking through them as quickly as possible, because he’s actually juggling two cubes while solving a third one with just his left hand.