Dare to Be the Ammunition for the Human Slingshot?

I admit, I am not the very daring type. I always chicken out when it comes to doing stuff that’s even just slightly scary–like ride a roller coaster, for example. That just isn’t me. But if you’re the type of person who enjoys being hurled around in the air, then you might want to fly to Utah so you can give the Pope family’s human slingshot a shot (sorry, couldn’t resist!) 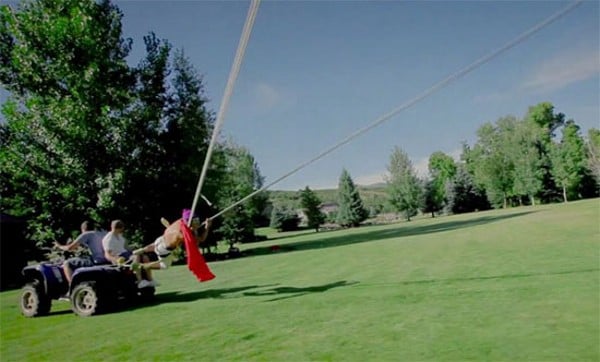 You might find it strange that there are two posts connected with some bungee cords put up somewhere in Hobble Creek Canyon in Utah. But once you see people actually using the getup, then you’ll understand.

The human ammunition-to-be is strapped into a harness and pulled back by an ATV before being launched mercilessly into the air. It’s scary, it’s crazy – but it’s also great fun for those who are up for an adventure.

Even just watching the video made my stomach queasy. Looks cool, but it’s still something I don’t think I’ll ever try.