Apparently, a 73-year-old woman named Joann Davis has had a tiny sliver of rock from the moon smaller than a grain of rice since 1987 when her husband died. Davis claims the tiny piece of moon rock was given to her husband by Neil Armstrong in the 70’s when her spouse was an engineer at North American Rockwell. 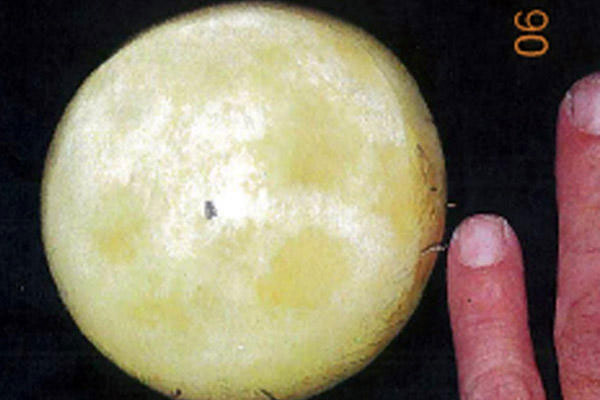 Armstrong apparently denied ever selling or giving space rock to anyone. The piece of rock in question is apparently inside a dome made of acrylic meant to be a paperweight and has been authenticated as real. NASA maintains that any moon rocks were brought back from Apollo missions and therefore are property of the government. Davis contacted someone at NASA to ask for help selling the rock to raise money for a sick child.

She is said to have acknowledged that the rock couldn’t be sold legitimately and hinted at selling it on the black market. When Davis went to a restaurant, in southern California to compete the sale, NASA’s inspector general and law enforcement swooped in and seized the rock and scared Davis so badly she apparently lost control of her bladder. Davis says the rock is her property and that she ended up with bruises on her body from being held by the police. I am sure a lawsuit in the case is coming soon. Davis was not arrested, but wasn’t allowed to keep the rock either.