Touchscreen keyboards in tablet are only barely usable, which is why along with cases and stands, external keyboards are one of the most popular accessories for the iPad. Most of these third-party keyboards require power, are quite bulky and add another thing to carry with you. But the Touchfire concept keyboard has none of those drawbacks. 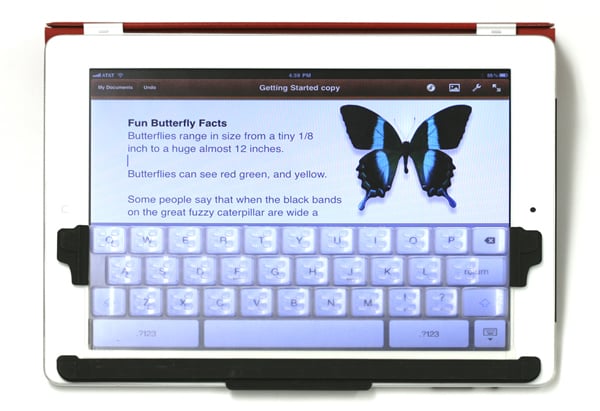 Invented by Steve Isaac and Brad Melmon, the Touchfire adds tactile feedback to the iPad’s on-screen keyboard, enabling touch-typing. No Bluetooth or battery is required. It’s similar to the Fling joystick in that you only need to overlay it on the iPad’ screen; it will align perfectly with the on-screen keyboard. Its clips are magnetized, so they are secured into place by the iPad’s magnets. 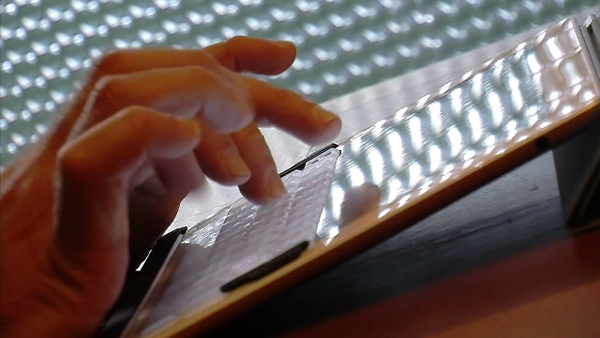 But just like the TILT MacBook Pro stand, I think the best feature of the TouchFire is that you can easily leave it on the iPad. It’s made of flexible silicone rubber, so when you’re not going to use it you can clip it to your iPad’s Smart Cover. You don’t have to worry about bending or breaking it even if you use the Smart Cover to prop up your iPad. You can also store it on its own case if you don’t own a Smart Cover.

I’m not surprised that the TouchFire has already raised more than twice its target fund at Kickstarter even if the fundraiser still has a month and a half to go. I think it’s a very practical keyboard. The only real advantage that other physical keyboards have over the TouchFire in my opinion are the miscellaneous keys like the dedicated home and volume control buttons. Otherwise the TouchFire is the best iPad keyboard I’ve ever seen.

You can pre-order it on its Kickstarter page for $45 (USD). If you pledge at least $80, you’ll get additional colored clips that match the different colors of the Smart Covers.