Designer Pete Fecteau spent much of 2010 creating this amazing Rubik’s Cube mosaic of Dr. Martin Luther King Jr., comprised of 4,242 individual Rubik’s Cubes. The mosaic measures 18’6″ by 9’8″ and weighs about 1,000 pounds. The concept of using Rubik’s Cubes this way came to Fecteau in a dream. 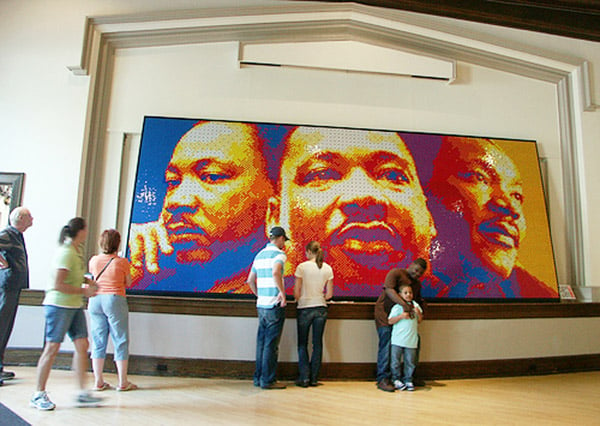 In order to get that pixellated look, each Rubik’s Cubes had to be turned into the correct positions to a small 3×3 portion of the larger image. It’s an amazing piece of art, and the result is quite spectacular.

He calls this work Dream Big, and it’s most definitely that. For a short time, it was also the world’s largest Rubik’s Cube mosaic. Pete is part of the CubeWorks collective, a collaborative group of artists creating works using Rubik’s Cubes as their medium. 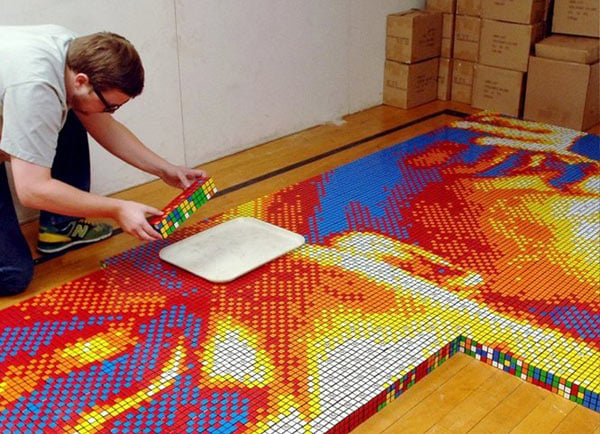 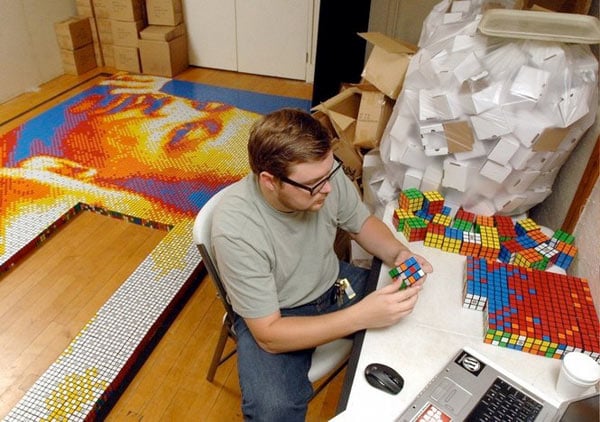