Siri Used for Home Automation: She Can Speak to Appliances Too

Siri can trade jokes and witty banter with you and even serve you beer, but programmer Christopher Deutsch aka CDeutsch has come up with a more practical application for the virtual assistant. Using the help of a few store-bought gadgets and Siri’s other digital buddies, Christoper Deutsch (aka “CDeutsch”) was able to create a voice-controlled home automation system. 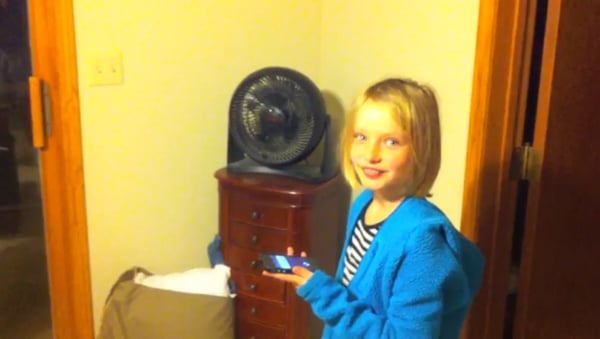 Aside from an iPhone 4S and Siri, the setup consists of an INSTEON thermostat, an INSTEON appliance module, a home automation software called Indigo running on a Mac Mini, Twilio, a voice and text client, and a Node.js app. As you might have guessed, Siri doesn’t actually do any of the heavy lifting here. The process goes like this: Ask Siri to send a text message to the Twilio number – CDeutsch saved it in his Contacts as ‘Gladys’ as a nod to Portal – e.g. “Tell Gladys to turn off the bedroom fan.” Twilio sends the text to the Node.js app – i.e. it is Gladys – which will then analyze the message.

To make it more Siri-like, CDeutsch “wrote some semi-fuzzy logic” so that you can use plain speak to relay your commands. The Node.js app will then send the instruction to the Indigo server, and finally the INSTEON turns off the fan or whatever it is that CDeutsch commanded. Before you get unnecessarily blown away, that is not CDeutsch in the picture. That’s probably his daughter. Also his demo doesn’t really prove anything:

There are plenty of ways in which that fan could have been turned on that doesn’t involve a complicated automated system. I’m not saying I don’t believe CDeutsch, but I do hope he posts some more videos showing his setup and how it’s all done. But if you’re sold, you can contact him and he’ll gladly make a similar automated system tailored to your needs. Assuming you already have an iPhone 4S of course.

[via CDeutsch’s Blog via Unpluggd]