Apple’s 1983 Gift Catalog: All I Want for Christmas…

While Apple is known for their industrial design and packaging, their early branding elements weren’t exactly the sleek, modern, minimal ones of the 21st century. That said, I still love the time capsule that is the 1983 Apple Gift Catalog. 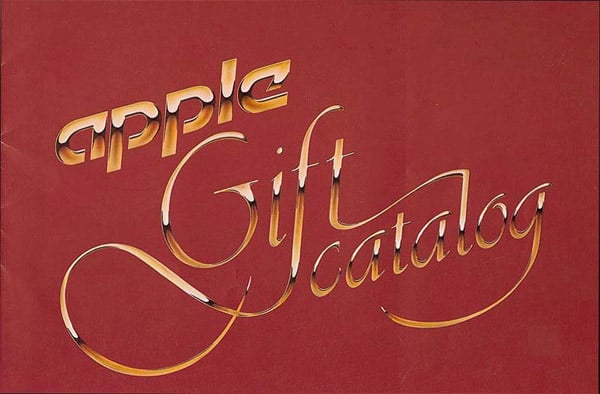 I might have to make the image below my new desktop wallpaper on my 27-inch iMac. Is it just me, or was Nyan Cat actually inspired by these t-shirts? 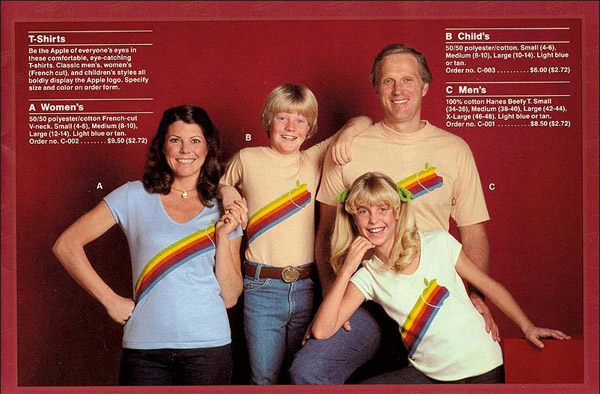 The guys over at MacMothership dug up these awesome retro images of the catalog, filled with wondrous rainbow-colored Apple swag from the 80s. 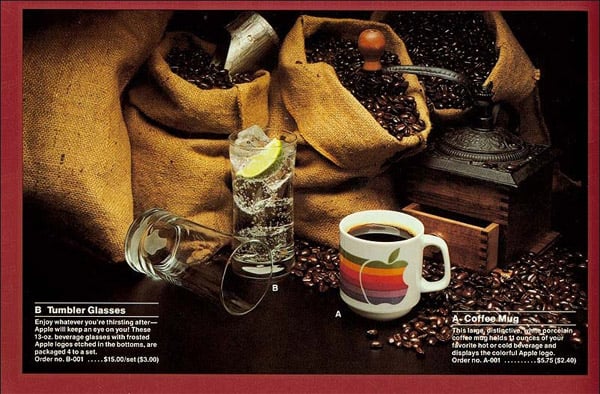 While the t-shirts and coffee mugs are pretty great, I really wish I knew where I could find the Apple logo latch-hook rug, or the already-assembled wall-hanging version for my office. 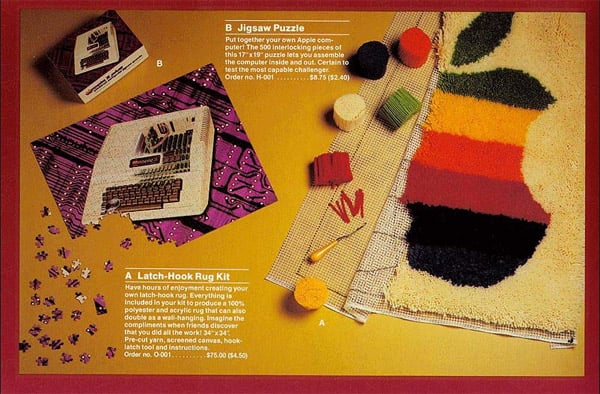 Or how about a nifty smoked plastic caddy for all your Elephant and Verbatim 5-1/4″ floppies? I think I still have a few of those kicking around my basement somewhere. (I like how they have to point out that the $26 price does not include the computer system.) 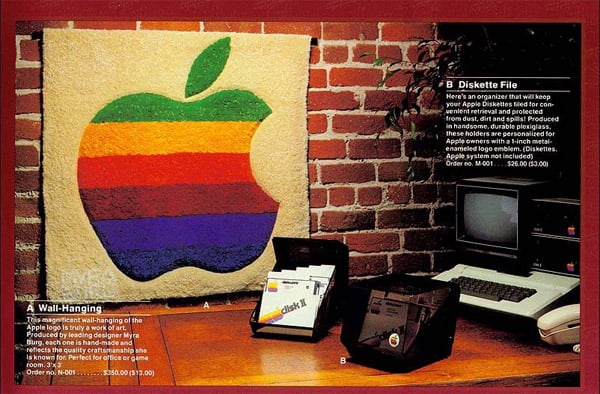 The catalog also featured everything from Apple tie-tacks to a belt buckle and pendants. 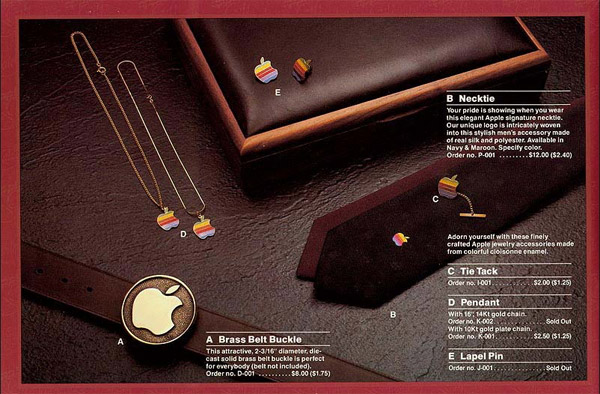 They even had an official Apple kite. Sweet. Given the popularity of the brand, Apple really should consider slapping their logo on some new gifties for the 2011 holiday season. I’m sure they’d sell a literal crap-ton. 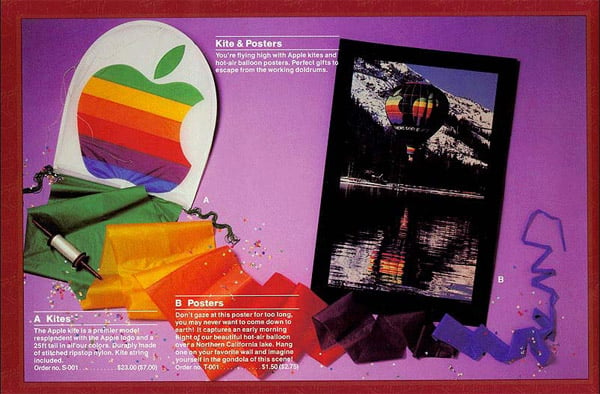 Check out the rest of the 1983 Apple Gift Catalog, along with tons of other classic Apple memorabilia over at MacMothership.

[via SignalNoise via Bit Rebels]