QR Code Virtual Costume: for the Shy or Lazy Geek

Redditor adriannezy wanted to “participate in Halloween at the absolute minimum level” at her workplace, so she went as a QR code. Well, not exactly. She went as a clever geek, who found a way to be seen wearing a costume without actually wearing one in real life. Confused? Get a QR code scanner – there are several free apps that can do this – and use it to read the code on her shirt: 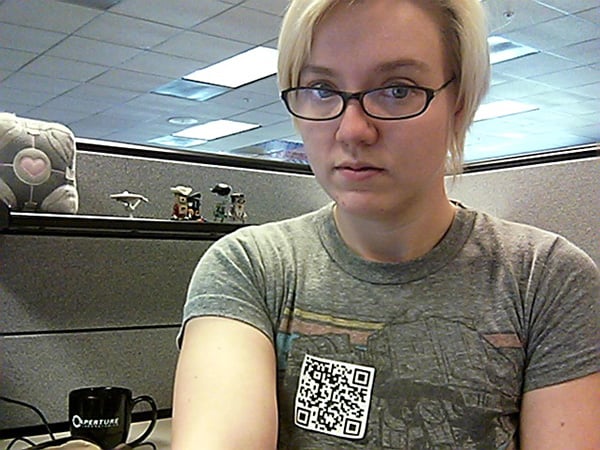 I used the RedLaser app to scan it. If everything went right, your scanner should direct you to this link, which contains this picture:

At first I thought the QR code would make a costume pop up over her shirt. Guess I was hoping it would be an augmented reality target instead, so I am a little disappointed. Still, it’s certainly a nerdy, if roundabout way of costuming.