With all the rumors that Apple is now working on their own line of televisions, it was only a matter of time before someone would start circulating some concept images of what an integrated Apple TV might look like.

Artist Guilherme M. Schasiepen took a stab at what he envisions the iTV to look like, and it actually looks pretty slick in his concept renderings. 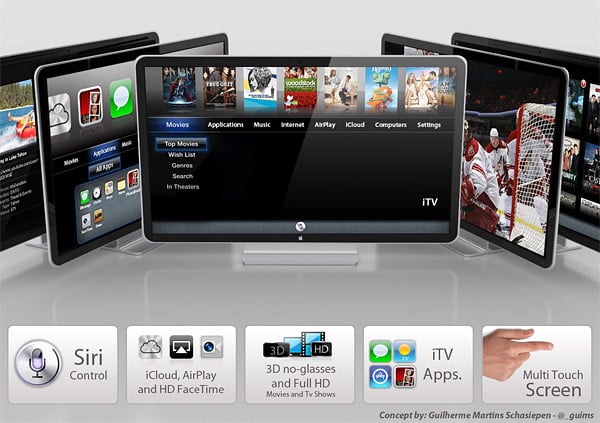 The so-called “iTV” Apple TV was mentioned as a possibility in Steve Jobs’ recent biography, and rumors have surfaced from time-to-time of Apple trying to crack the living room more holistically than its current Apple TV set-top box. 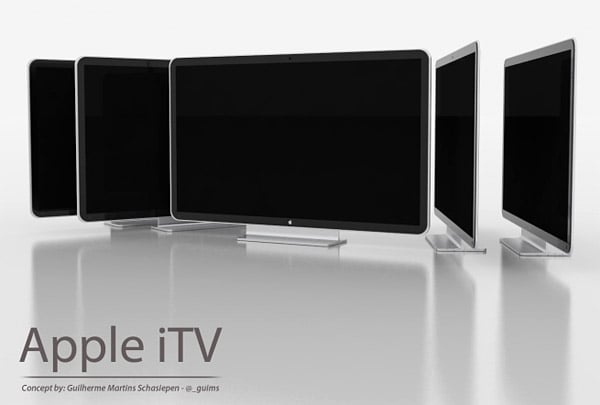 Guilherme’s concept design melds the slim aluminum and glass industrial look of today’s iMac with the brains and UI found in the latest iOS devices like the iPhone 4S and iPad 2. You can also check out an animated 3D rendering of Guilherme’s design here. 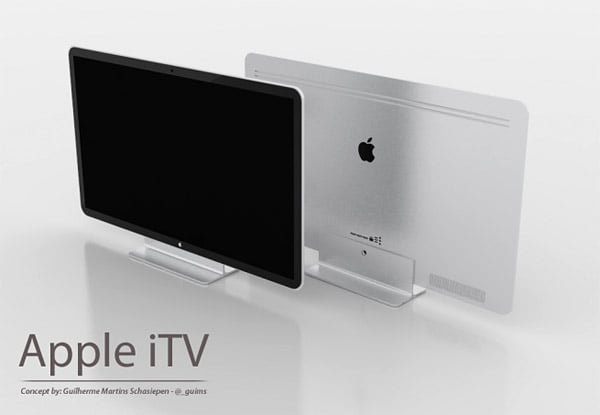 The Apple iTV in these concepts has an interface very reminiscent of the current Apple TV, but with a full applications interface, a multi-touch screen, and Siri voice-activated remote control. Pretty much all technologies readily available, and within reach of Apple. About the only part of the concept design I’m not sold on yet is the idea of glasses-free 3D. Thus far, such displays are wildly expensive at large sizes, have poor viewing angles and bad artifacts. I’m unconvinced that Apple will dive into the 3D space until the technology has advanced more, and 3D glasses aren’t Apple’s style. 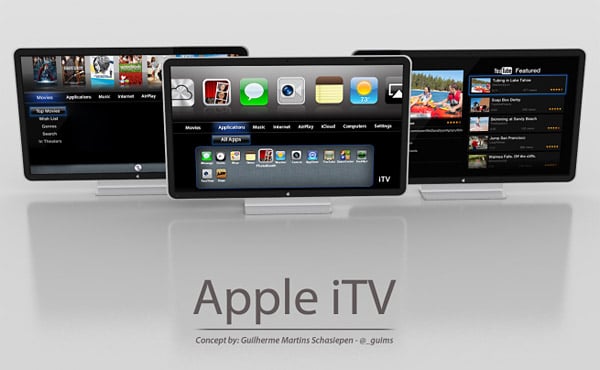 According to the Jobs bio, the Apple TV would “seamlessly sync with all of your devices and iCloud,” and would “have the simplest user interface you could imagine.” Frankly, I’d just be happy with a TV that looks this good, has a great picture and Apple TV built in. The rest of the features are a bonus. That said, I’m still not 100% convinced that Apple wants to play in the low-margin, slow-turnover business of HDTVs. It’s not like with phones where people want to upgrade every 2 years. Even with today’s advancements, most of us keep our TVs at least 5 years if not much longer.

[via 9to5Mac via SlashGear]