If they create anymore quadruped robots, we are going to need to build some robotic zoos to house them. We have BigDog, AlphaDog and now HyQ. HyQ was developed at the Istituto Italiano di Tecnologia (IIT), in Genoa. This hydraulic quadruped can do a bunch of new tricks. 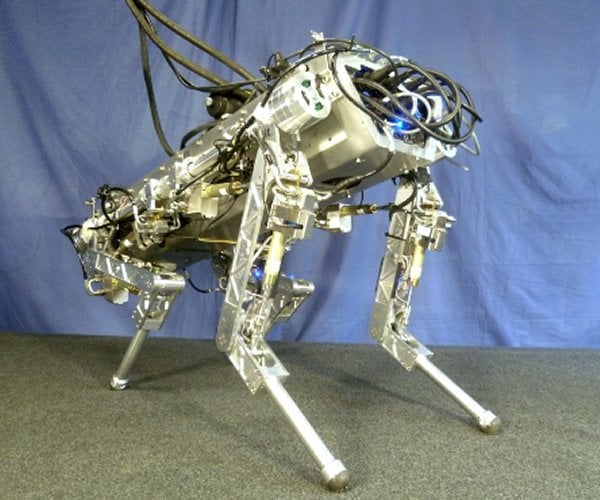 Not only can HyQ run and jump, it’s legs are also actively compliant, which means that the robot can change the stiffness of each limb. It’s impressive to watch it do it’s thing in the video. In some ways, more impressive than it’s predecessors.

This ‘bot can negotiate rough terrain, thanks to actuators that absorb shocks and vibrations without damage to the body. It can even kick! HyQ weighs 70 kilograms and can walk and trot at speeds up to 6 kilometers per hour. It can rear up like a horse, as well as squat jump and get all four feet off the ground. This looks like the most capable robot dog/horse yet.