From what I gather, Minecraft is already a pretty scary game on it’s own, but this mod by Minecraft Forum member/Dr. Who fan/general cruel person a_dizzle makes being a blocky miner and crafter a lot scarier. The mod is called Weeping Angels, after the Dr. Who aliens of the same name. And yep, this mod puts the bastards in the game. 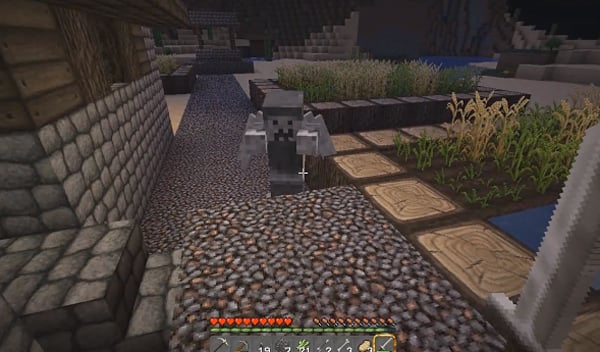 Similar to the Boo from Super Mario Bros. 3 (and subsequent games), the Weeping Angels can only move when they’re not being observed. So as long as you keep your eyes on them, you’re good. But once they do get the chance to move they’ll move. Quickly and noiselessly. Actually the mod is quite buggy, as there will be instances when the Weeping Angels will cheat and still move even if you’re looking at them. Which makes them even scarier. Thankfully you can kill them using an iron pickaxe.

Combine these with the Endermen – who go crazy in the opposite manner; i.e. they go berserk if you look at them – and Minecraft makes Resident Evil seem like a Saturday morning cartoon. Get into the Halloween spirit and download the Weeping Angels mod from the Minecraft Forum.