This unusual spherical flying machine was developed by the Japanese Ministry of Defense. It’s the first of its kind and is remote-controlled.

It can hover like a helicopter. It can fly forward at high speed using wings, which a helicopter can’t do. It’s got three gyros to help keep it stabilized, and can even roll around on the ground, and move itself about. 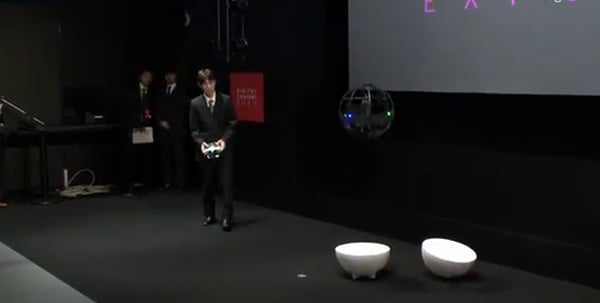 Since it’s round, it changes the way that a plane could/would behave, especially when it comes to attitude control. The round flying machine is made from commercially available parts and cost just $1,400 USD to make. It weighs 12.3oz and is 16.5 inches in diameter, and can reach speeds up to 37mph.

It will be interesting to see what kind of aircrafts they’ll be able to make using this tech.