Some guy went and built himself a Halo Sniper Rifle out of LEGO pieces and it looks absolutely amazing. It also looks super heavy. This is a 1:1 ratio replica, so it is exact as far as size goes. 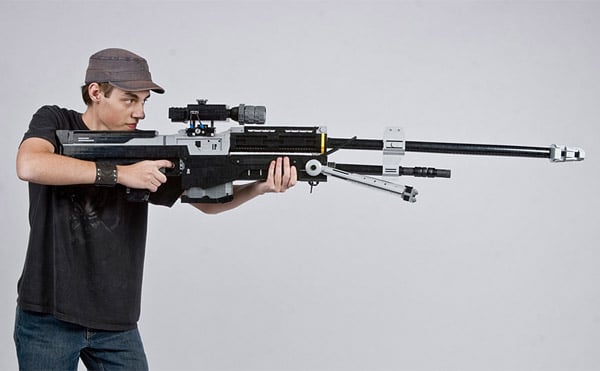 For those who may not know, Nick Jensen’s LEGO sniper rifle is based on the Halo: Reach version of the weapon. It’s 63 inches long, weighs over ten pounds and even has a removable magazine. There’s also a moving safety and sliding bolt. Good news for anyone on the other end of it: It does not fire anything at all. 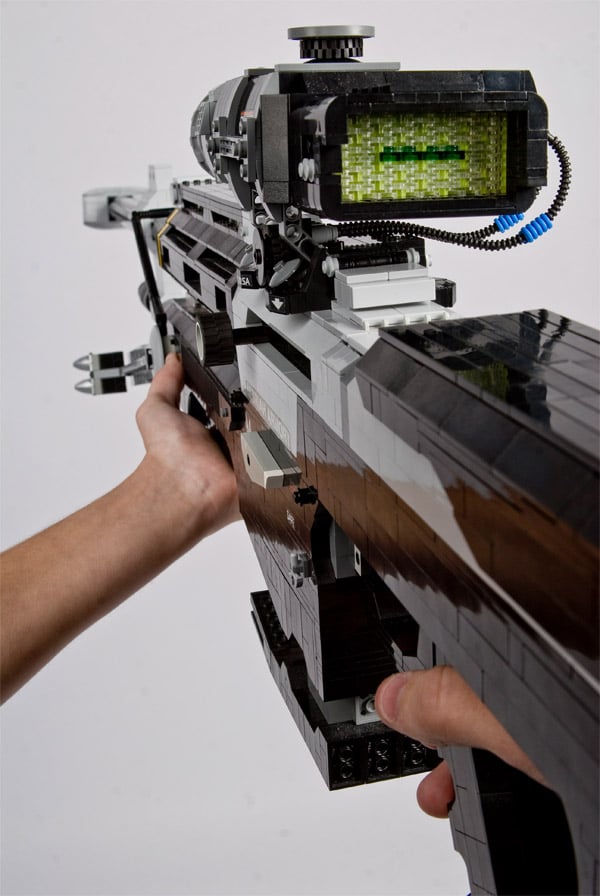 It took the creator nearly four months to complete. That’s no doubt why it looks so bad-ass and detailed. It apparently broke several times during the process, and you can see how the muzzle of the rifle does sort of bend a little under its own weight. Still, this Nick is obviously a serious Halo and LEGO builder and he did a great job. 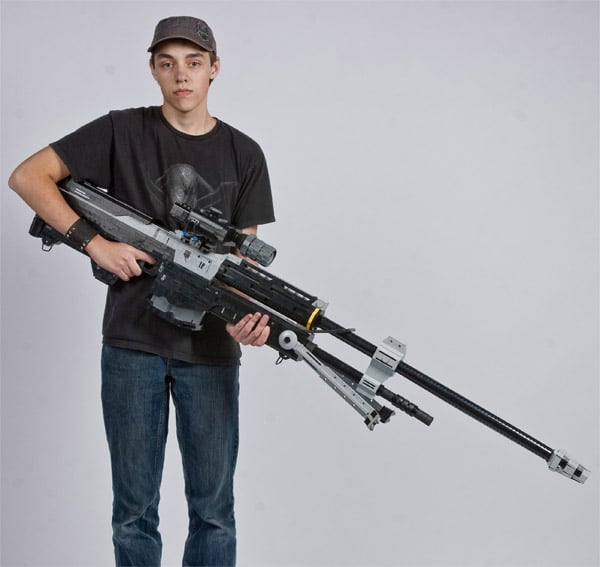