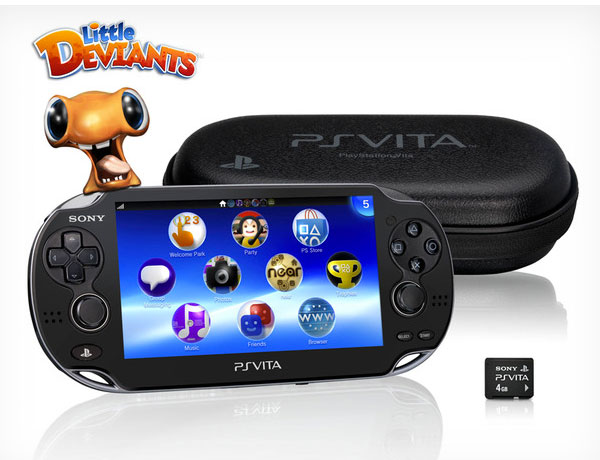 It comes in the usual stylish black with PS Vita branding of course and if this sways you to buy right away, the First Edition PlayStation Vita bundle is now available to pre-order, and it will ship on February 15, 2012 – one week earlier than the general North American release. You’ll also get the Little Deviants game and a PSVita branded 4GB memory card for $349.99(USD), with a 3G /Wi-Fi console. The Canadian bundle offers just the Wi-Fi option but still includes the case and card for $300(USD).

Are you going to buy one of these bundles or just get the console by itself?