Did you ever think that a modern clock would use shadows to tell the time? This timepiece reminds me of sundials, but it’s definitely the high-tech version, using a plethora of LED lights to showcase the time. rAndom International‘s Study of Time #1 is based on some scenography that they did for a contemporary dance piece for Wayne McGregor and Random Dance. 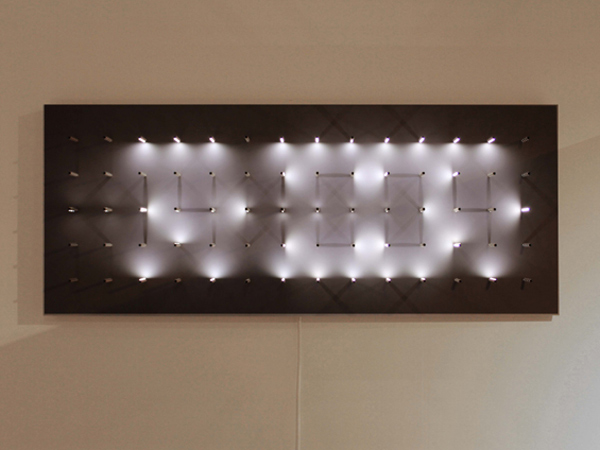 I can see this setup working as a giant clock and lighting system in any modern pad. The effect is quite hypnotic when you watch it. The piece is vividly illuminated by many LED sticks that are programmed using an algorithm to reveal the time of the day. It’s a re-imagining of how sundials were used, using shadows to tell time.

This clock premiered at Design Miami 2011, but it’s currently on display at the Carpenter’s Workshop Gallery in London.