I’m not saying that snakes are smart or anything, but I find it odd that while so many humans are occupying…everything, that this snake just happened to find itself in an ATM machine. Is he showing his solidarity with the Occupy Wall Street group? 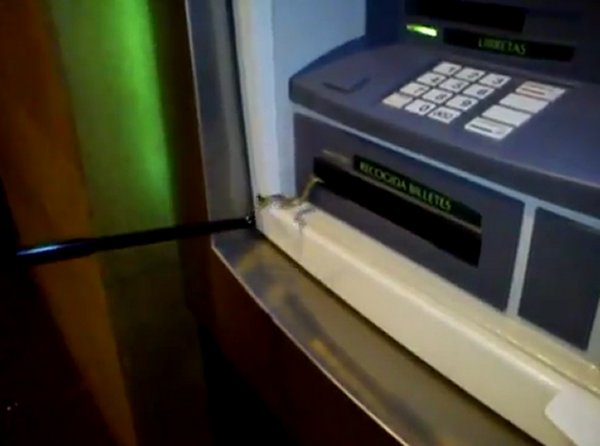 In any case, banks have so many snakes in their boardrooms, that one was bound to get stuck in an ATM sooner or later. Here’s how this story goes: A man goes to get some cash from a Caja Madrid bank machine in Llodio, Alava, Spain. Next thing he knows, his cash appears in the slot, along with a snake!

The snake struck at his hand, but given the current state of the world economy, he grabbed his money anyway. It’s just what you have to do in that situation. All ended well though. He called the police and a bank manager activated the cash release that had trapped the snake.

The snake was presumably returned to the board room on the top floor of the bank, where he sipped champagne, lit a cigar with a thousand dollar bill and made jokes about the 99%.