Check out this amazing Clone Trooper Halloween costume, that was made for a 10-year old by his Star Wars-loving dad Parrster. The most amazing thing is that it’s mostly made out of cardboard and papier-mâché. It definitely looks awesome. The only missing piece is the boots! 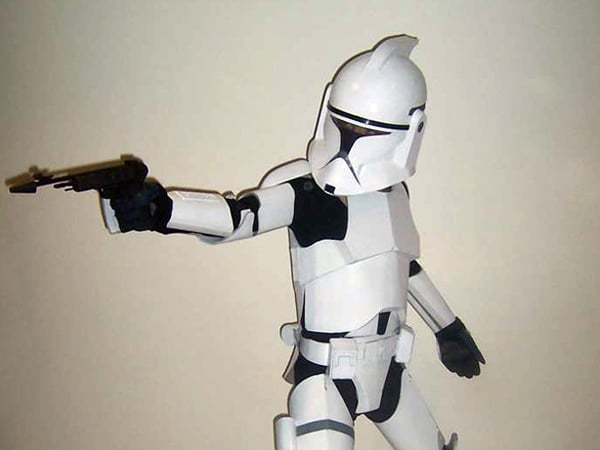 Parrster downloaded detailed images of the Clone Trooper outfit from the web, and then started working on the costume. He started with the breastplate, and moved on to the helmet. The helmet took the longest and it really does look pretty accurate. In case you plan on trying to do this yourself, the cardboard he used is called “pasted boxboard.” 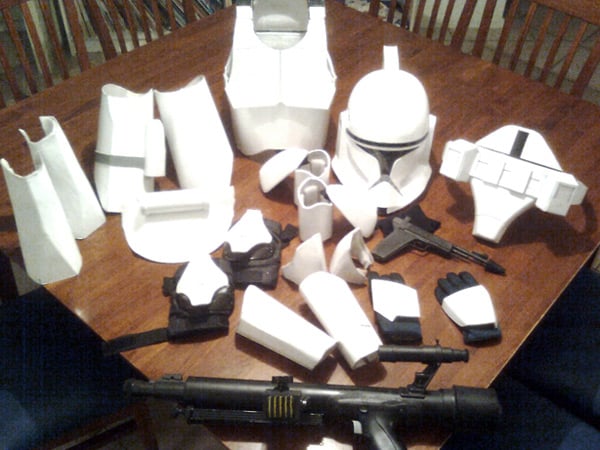 Of course, it’s not 100% cardboard. There’s some clear plastic, foam, fabric, glue and Velcro in order to hold it all together, and a blue LED in the back of the helmet’s “mohawk.” With a little patience and some TLC, you can also make your own costume for next Halloween. While Clone Troopers are cool, I’d make a cardboard Jango Fett or a retro Boba Fett. 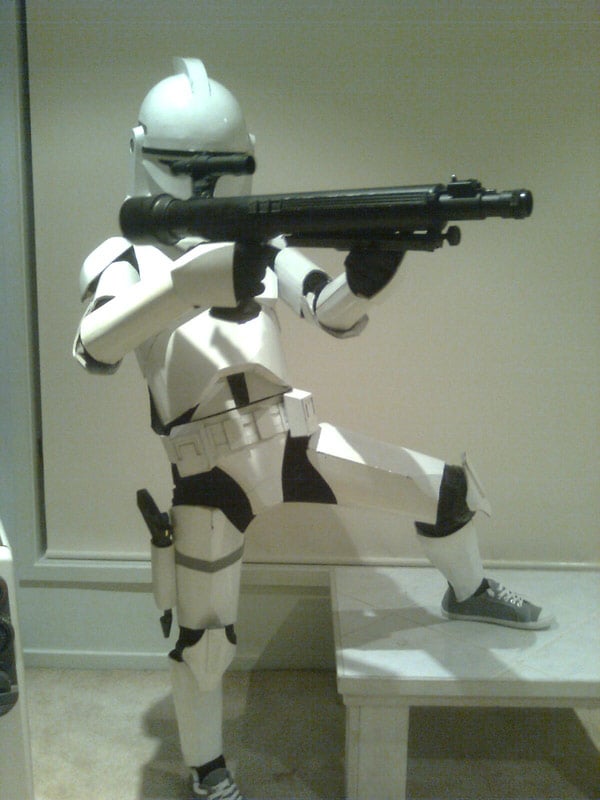 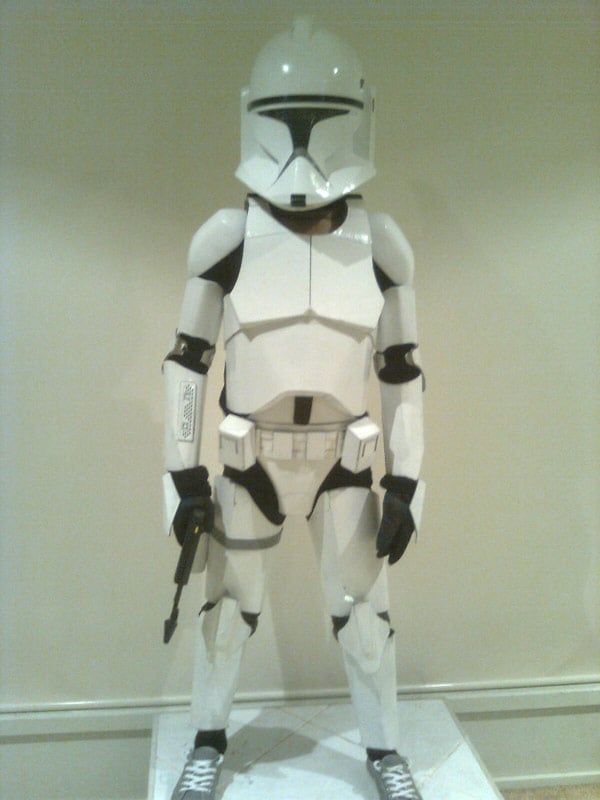