Chalkeeper: From Dust to Chalk

I remember having to sit in the third or fourth row in class back when I was in elementary school because I was allergic to chalk dust. I only discovered that sad fact after going home with bloated eyes and a runny nose one day after my teacher tasked me to clean up the blackboard erasers. 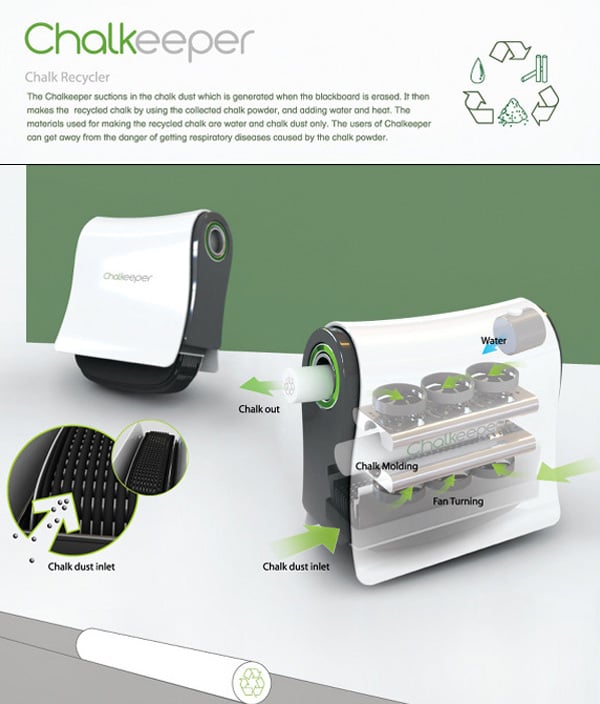 I know that most schools have already made the switch to whiteboards, but there are still hundreds of thousands of schools that still use chalk and blackboards because it’s the cheaper option (but do correct me if I’m wrong.) So a neat alternative to plain old erasers? The Chalkeeper. 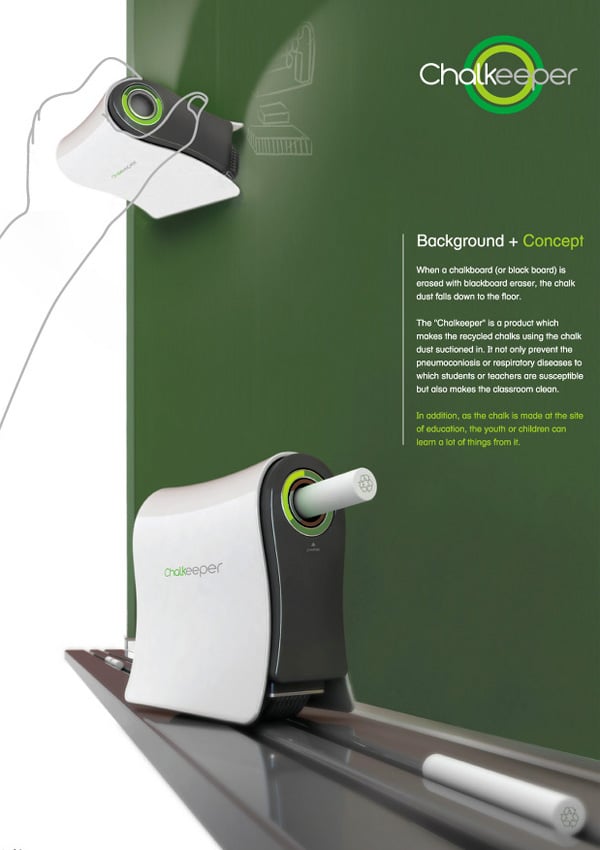 It’s a concept design by Yonggu Do and Eunha Seo that basically sucks in spent chalk (aka chalk dust) as you use it to erase the writings on the board. When enough chalk dust has been collected, a new piece of chalk will be molded and subsequently spewed out, ready for re-use. I’m not sure about the quality of the recycled piece of chalk, but this definitely is an interesting concept.

I don’t think it’s something that chalk makers will go crazy for, though.