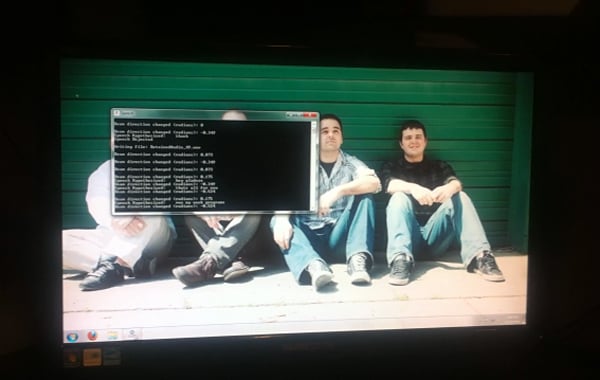 You can’t see GLaDOS in the picture because she’s inside the computer, with ears provided by Kinect. Actually Corey just used her soundbites to give a voice to the program he’s working with, but he did name the program GLaDOS. The demo should explain everything, so without further ado:

I couldn’t help but laugh when GLaDOS muttered, “I hate you so much.” But beyond the laughs and the geek factor, Corey does have serious goals for his program. Once he finalizes the code, he plans on releasing it to the public in hopes that other people can build on it. He thinks that one day it would possible for voice-activated interfaces to be much more common, so that elderly and disabled people could use it to interact not just with computers but with other objects as well. I think Siri is ahead of GLaDOS in that department. You can check out the earlier videos of GLaDOS on Corey’s Vimeo page and keep an eye out for updates on his blog.