They were designed as part of a joint project between the university of Seoul and Maine and are modeled after real life Venus fly traps. They are basically a pair of carbon fiber leaves attached to a spring. The design is very simple. One of the models uses shape-memory materials that can mold itself into two different shapes when a current passes through it. The other model uses artificial muscles made from nanomaterial. Same concept, different materials. 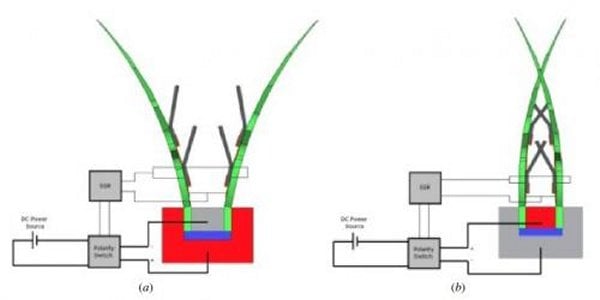 When an insect lands on the trap, the spring snaps and the jaws of the robot close, just like the real killer plant. I definitely want one for my home. Flies will be a thing of the past.

The robot is powered by a single battery, but doesn’t use any energy while dormant, so that battery should last a while. The weight of the insect landing on it causes the circuits to connect, which basically gives the robot the fuel it needs to do it’s thing. Unfortunately, it can’t digest the insect like the real version, but give these scientists some time and I’m sure they’ll work that out.